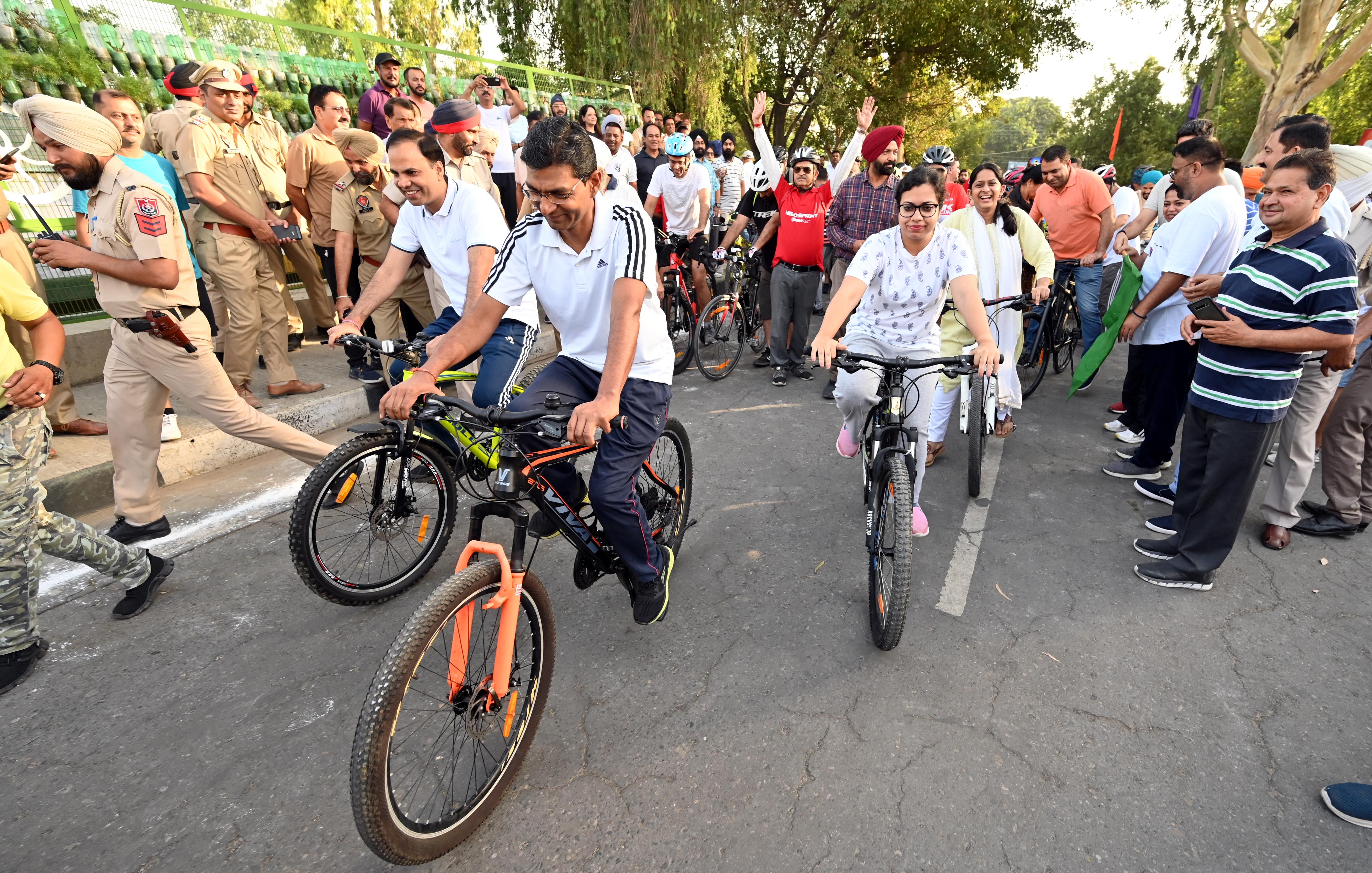 World Bike Day: Spreading the message of saving the environment and living healthy : The Tribune India

A cycling rally, sponsored by the district administration in conjunction with cycling enthusiasts, cycling clubs and NGOs, was held in Waterfront City here to celebrate ‘World Bike Day’.

Nearly 500 cyclists took part in the rally and completed routes in different categories.

Rally attendees including Deputy Commissioner Surabhi Malik, Police Commissioner Kaustubh Sharma and Commissioner MC Shena Aggarwal urged people to embrace cycling which would not only save the environment and reduce pollution of the air, but would also help in adopting a healthy lifestyle.

The rally included a 5km ride, organized by Hero Cycles, a 10km ride by CityNeeds and a 17km ride by Bike Studio in association with cycling clubs, Punjab Sports Department, Monday Riders Ludhiana, Voice of Asians, The Pedallers, The Cyclist, Ludhiana Pedallers, Khalsa College for Women and other NGOs and institutions.

DC Surabhi Malik said the purpose of the rally was to raise awareness of the importance of creating safe islands for cycling throughout the city through systematic planning measures.

Info with a day to go