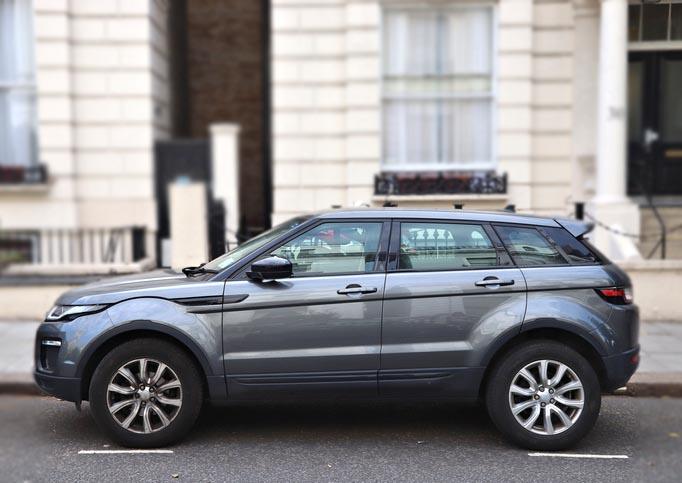 When parking a bike costs more than a Range Rover

As a motorist, it is easy to feel authorized to have access to the road space outside your home, but what value should be given to it?

Pressure on parking space is greatest in cities, while these areas are home to the highest proportion of people without access to a car. Like other London boroughs, Islington is marred by dangerous air pollution from traffic. In response, the council charges residents for parking based on their car’s emissions. For example, it costs nothing to park an electric car, £104 for a permit to park a Range Rover Evoque eD4 (130g/km CO2) and over £500 a year to park the biggest gas guzzlers.

However, the council charges an annual fee of £107 (plus £25 as a key deposit) to park a bike in one of its street bike hangers – more than it costs to park a Range Rover. We understand that bike racks cost money to buy, install and maintain, but why not use the funds generated by those who insist on parking the dirtiest vehicles?

The double standard applied to heavily subsidized parking spaces does not escape those who campaign for parklets.

1970s San Francisco was the birthplace of the parklet – a way to reclaim a single parking space for the benefit of public space. The first one-day parklet was created in 2005 when a group fed coins to a parking meter, rolled out a length of grass and planted a potted tree.

When we designed our own parklet on behalf of Kingston Council, we circumvented the need for a parking permit by making it mobile. It was towed into place using an electric tricycle and then removed at the end of each day.

What value should be given to a parking space?

The road space is a public space. It is assumed that drivers should always have access to parking, but in cities in some countries you cannot register a car until you prove you have a place to keep it. When road space is allocated for parking, it makes sense that it should be charged at a realistic rate.

Barnet Council have lost an appeal by disgruntled residents who objected to the cost of their annual parking permits being raised to £100. However, applicants should be grateful that the parking space is not charged on the basis of its land value.

If this were the case, Barnet could presumably multiply the average cost per square meter of housing by the area occupied by the average car (£6,668 x 11.52m2). That puts the value of a parking space at over £75,000 – a sum that makes the £100-a-year permit to occupy it not only seem cheap, but too subsidized.

Whatever metric is used to calculate parking costs, in our congested and polluted cities, it should never happen that a Range Rover is cheaper to park than a bicycle.

ETA was established in 1990 as an ethical provider of green and reliable travel services. More than 30 years later, we continue to offer bicycle, breakdown assistance and mobility scooter insurance while putting concern for the environment at the heart of all our actions.

The Good Shopping Guide considers us the most ethical supplier in the UK.

After GM, Ford, FCA Abandoned Cars, Toyota, now No. 1 in the United States, publicly rubs shoulders with their monumental blunder