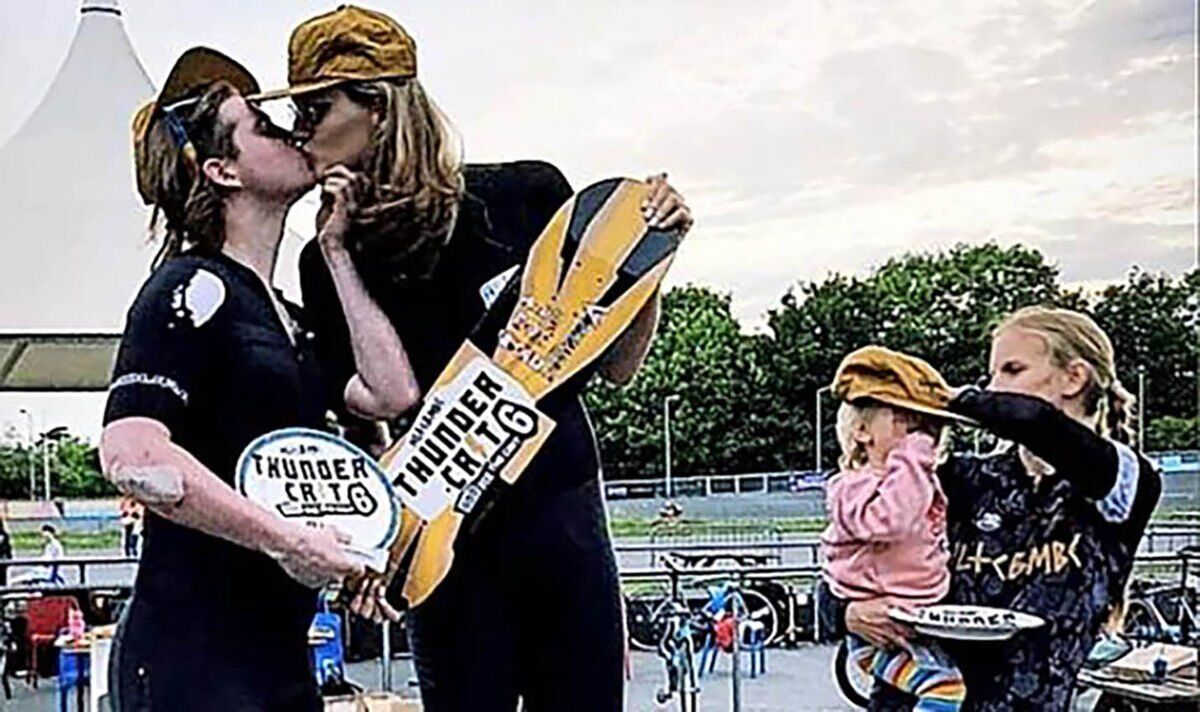 The ThunderCrit Lightning competition at Herne Hill Velodrome in south-east London was open to biological women, known as CIS-women, but also competitors “of similar ability to race in this category, regardless of gender. “. The organizers emphasized in their regulations for trans riders: “We will not require any proof of medical treatment, we trust the competitors to select the category most appropriate to their performance.”

But critics of allowing ‘preferred sex’ transgender women to compete in women’s sports said Friday’s race proved their point – as the gold and silver podium winners were both born male.

The gold medal went to Emily Bridges, 21, a trans cyclist who was excluded from the women’s race in March, having competed only in the men’s events the previous month.

In second place was Lilly Chant, from Southampton, who – despite identifying as female – is in fact still listed as male in official records such as the British Cycling website.

The tournament’s top-scoring CIS woman, Jo Smith, of Thanet, Kent, won the bronze medal and celebrated with her rivals as she posed on the winners’ podium with her young daughter.

A photo of the winners’ podium has spread on social media, sparking fury from several female athletes and activists. Sharron Davies – beaten to a gold medal at the 1980 Moscow Olympics by an East German swimmer on steroids – said she was “very disappointed” with the race.

Fiona McAnena, director of sports campaigns at Fair Play For Women, said: “It is inevitable that if we allow people who have gone through male puberty to enter the category that is supposed to be for women, those people will outperform.

“Sport is based on your body, and we have a female category in most sports because male puberty confers such a lifelong advantage.”

Bridges and Chant raced despite Bridges being banned by British Cycling from racing against five-time Olympic gold medalist Dame Laura Kenny in March, when she was ruled ineligible.

ThunderCrit said their format “will continue to evolve” to provide inclusive and fair racing.

His statement on Saturday read: “We have created a more gender-neutral categorization allowing trans and gender non-conforming athletes, who often feel there is no safe space for them in sport , to be embraced and welcomed.”