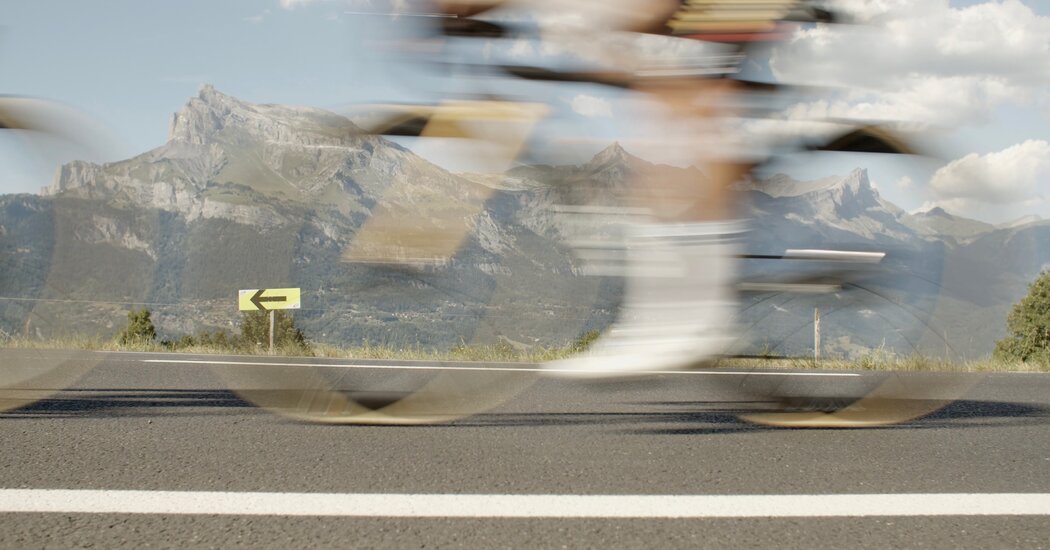 The Signs of the Tour de France

Cyclists taking part in this year’s Tour de France will spend nearly a month on their bikes, earning just two days off during their sport’s most famous marathon. When the race ends in Paris on Sunday, survivors and their teams will be able to look back on more than 2,000 miles spent navigating not only tens of thousands of twists, but also grueling climbs and descents, sharp turns and tight turns. . , narrow streets and solitary escapes.

However, with so much distance traveled and so many opportunities to make mistakes, one question does not arise enough:

How do cyclists always seem to know where they are going?

There is also a team for that: Luc Kerlouet and his group of self-proclaimed “flécheurs”. They don’t see much of the race itself; instead, they are responsible for leading each stage of the Tour de France from 24 to 48 hours and putting up the bright yellow signs that play the vital role of directing cyclists through a month of racing.

Colloquially known in France as ‘lesfleches’ – the arrows – the 20,000 brightly colored directional signs used in the race are displayed on traffic signs, lampposts and other permanent fixtures in digitally coded patterns that allow cyclists to know what to expect on the upcoming course. Their placement is not random: the more arrows placed, the tighter the upcoming turns. Ambiguity is the enemy.

“Every morning at 8 a.m., the team leaves to install our panels,” Kerlouet said. “On the flatter stages, we install around 1,200 arrows. On mountain days with more elevation we typically fit around 400. Our team is so in sync doing this that from the time our van pulls up to the time the arrow is displayed and our crew member is back in the car, only 10 seconds have passed. .”

The simple signs are a bit of nostalgia, a sentimental nod to confidence in the early days of century-old racing, long before two-way radios and handlebar-mounted bike computers offered riders information accurate in real time. Yet the arrows still retain their value, according to Ian Boswell, an American who contested the Tour de France in 2018.

“These days there are technologies that allow you to walk through the stages digitally and see what they look like,” Boswell said, “but that’s not the same as walking through them in person.”

However, it is not always possible for every cyclist to personally scan every kilometer of road across the country, especially when surrounded in the center of a tight peloton. To compensate, team managers will preview the course, walking the entire course with video cameras that will allow them, in the hours leading up to each day’s stage, to identify areas of concern or opportunity.

“That’s why panels still play such an important role,” Boswell said. “As a cyclist, you are overwhelmed with information. You get so much information about the stage an hour before the race, and the signs can be a useful safety net.

Besides their purely utilitarian value, arrows have also gained their own identity as collectables in the world of cycling fans.

“The arrows, they are iconic,” said Rob Huxtable, an England fan who has competed in 15 editions of the Tour. “A lot of the old ones were just the arrow without any markings on it, and now they come with the logos in the corners for the Tour de France. These are keepsakes of the fact that you went there and saw round.

Although the Tour does not explicitly prohibit fans from taking the signs as souvenirs, there is a code of conduct detailing when and where the signs can be removed. If signs are torn off before the last cyclist of a stage has passed, their absence can cause confusion on the road and create safety issues for the race.

“In 2019, in the time trials where we stayed, there was a sharp turn and there were four arrows posted there,” said Ib Hansen, a dedicated fan who has been following the race for more than 20 years. year. “I said to my wife, ‘Don’t take it until the end of the day. If there are four signs, it means there is a sharp turn.

Later that day, one of the signs disappeared.

“When one of the first runners came through – Boom! He crashed,” Hansen said. “And then my wife believed me.”

Kerlouet said his team of arrows estimated they only recovered about 5% of the arrows they threw, and on the Tour there are regular sightings of campervan windows covered in arrows . Huxtable said he only had a few in his collection, and Hansen initially hesitated when asked if he planned to pick up a few more this summer.

“I think we’ve had enough for now,” he said. But after a quick glance at his wife, he seemed to change his tone. “Good,” he said. “Maybe one more.”