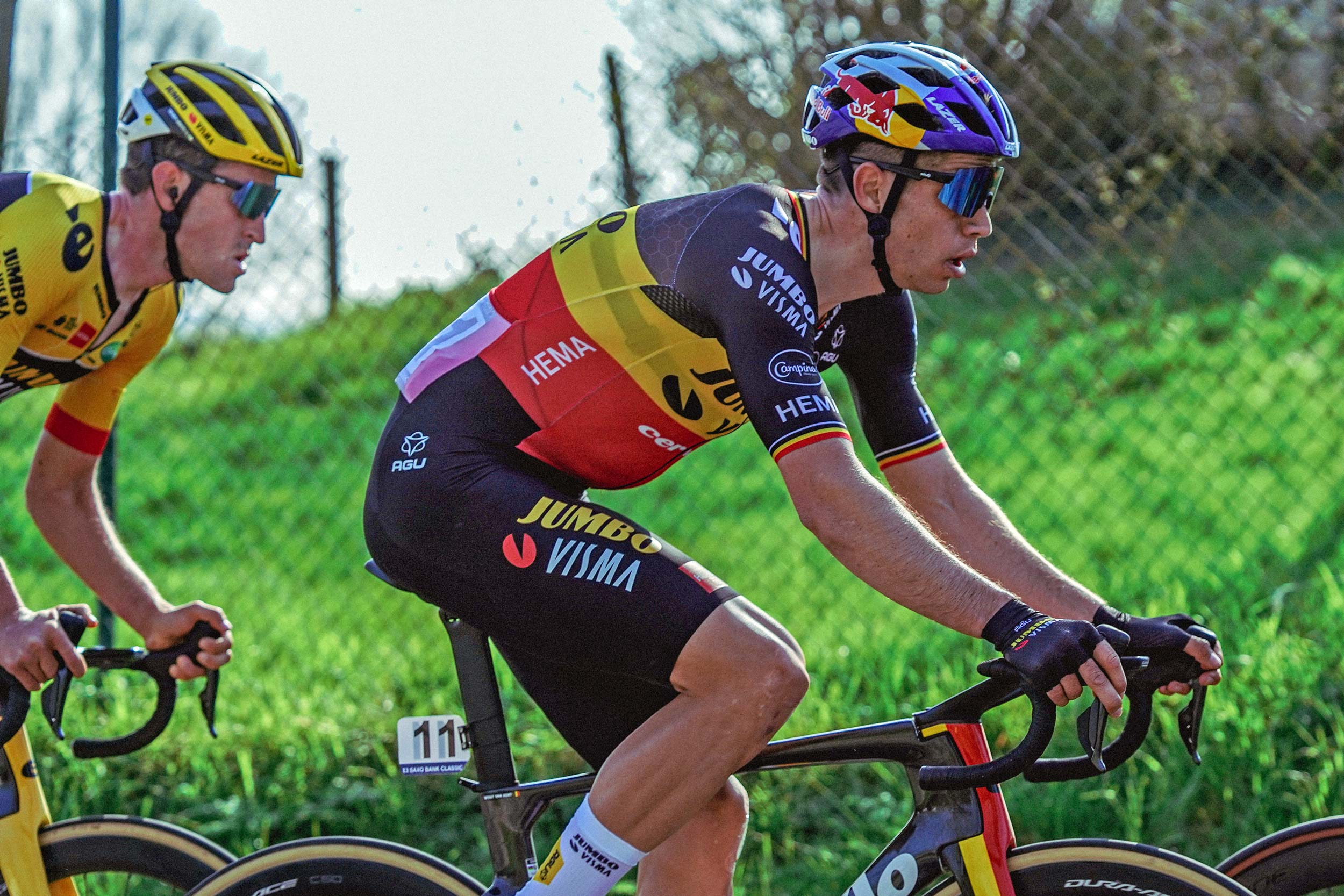 The passion for bike racing that exists in Belgium was on display when Flanders hosted the 2021 world championships. Lotte Kopecky and Wout van Aert, the two national road racing champions from last year, received the loudest cheers from their adoring audience during the closing weekend of #Flanders2021. Both riders made the national team selection again in 2022…

If there was ever a favorite for the title of an event as random as the road race of the world championships, it is Wout van Aert. The star of commercial team Jumbo-Visma is one of the headliners of an impressive Belgian selection for #Wollongong2022 announced at the end of August.

Van Aert will celebrate his 28th birthday 10 days before the last event of the 2022 worlds, the elite men’s road race (266.9 km, September 25). He is at the peak of his career and on race day he will be well supported by a cast of riders who will be committed to improving on Jasper Stuyven’s fourth-place finish at the 2021 championships.

Lotte Kopecky was one of the stars of the road worlds last year in Flanders… even though she finished 16th. The 26-year-old who finished fourth in the Tokyo Olympics road race will again represent her national team at the world championships in Wollongong in 2022.

Below is a summary of Belgian squad selection for Wollongong 2022 (with runners for each category listed in alphabetical order):

*Denotes a rider also nominated for the time trial.

Kopecky achieved the best result for a Belgian in the 2021 championships road race (16th, in the race won by Italian Elisa Balsamo ahead of Dutch superstar Marianne Vos) but the Team SD Worx rider will be looking to improve on that result on the Saturday of the championships in Wollongong.

The route for the women’s race is the same as for the men’s elite, with a start in the northern suburb of Helensburgh followed by a transfer south to Wollongong before the Mount Kiera Loopthen rounds of the city circuit.

The men will do 12 laps of the 17.1km loop from the finish site on Marine Drive, while the women will do six for a total race distance of 164.3km.

Van Aert (centre, above) is one of the favorites for the final event on the program of #Wollongong2022.

Despite finishing second in the time trial last year (finishing just six seconds behind Italian Filippo Ganna), van Aert made the decision not to do the TT in Wollongong. Instead, he will focus his energy on road racing on a course that suits his strengths.

With nearly 4,000 meters of elevation gain, the last event on the program is ideal for van Aert, who is undoubtedly the best all-around cyclist of this generation. He can climb and sprint with the best in the world, and he is one of the most gifted riders for a technical course.

The steep climbs at Mount Pleasant which are a highlight of the city circuit will benefit WvA, and he will also appreciate the twists and turns that characterize once the Ramah Avenue climb is tackled. The uphill elements will sap some strength, but a rider with van Aert’s qualities should be able to maintain the momentum gained by attacking the technical section bringing the riders back to the coast.

Shortly after it was confirmed that Wollongong would host the 2022 UCI Road Championships, hotels in the area were quickly snatched up. One of the first bookings was made by the Belgian team who would settle in the magnificent Headlands Hotel near Austinmer.

Located approximately 10 miles north of the port of Wollongong, the hotel is sure to be a top attraction for cycling fans hoping to catch a glimpse of the riders of the famed Belgian team that last won a road racing world championship. elite 10 years ago when Philippe Gilbert triumphed in Valkenburg, the Netherlands. . (On the women’s side, the last victory for a Belgian was in 1973 with Nicole Vandenbroeck.)

Another star of the Belgian squad will be current Vuelta a España leader Remco Evenepoel. The 22-year-old prodigy star recently claimed his first Grand Tour stage victory, with a phenomenal ride in the stage 10 individual time trial. He completed the 30.9km test at a speed average of 55.676 km/h, beating Olympic TT champion Primoz Roglic by 48 seconds, with second best runner Rémi Cavagna (Evenepoel’s French teammate) at 1:00.

No Belgian has ever won the elite time trial at the world championships, but Evenepoel came close, finishing second behind Australian Rohan Dennis on his first appearance at this level (at 19) in 2019.

Of course, it was through his superb raids – both in junior TT and road racing – at the 2018 Worlds that Evenepoel first came to prominence. He turned pro the following year and skipped the U23 category altogether.

United States team, Belgium and Australia are some of the teams to have nominated their selection long before the world championships in Wollongong.

There are 15 days left until the start of the race with the elite TTs on the opening Sunday (men and women covering the same distance in both rounds, 34.2 km course which is essentially the “city circuit”only without the steepest climbs near Mount Pleasant).

As the championships draw closer, RIDE Media will continue to preview the action.

Be sure to look around ridemedia.com.au to learn more about #Wollongong2022, and follow RIDE on social media for regular updates.

You can already find a lot of news and course overviews. Search #Wollongong2022 and/or #VisitWollongong to find out more.