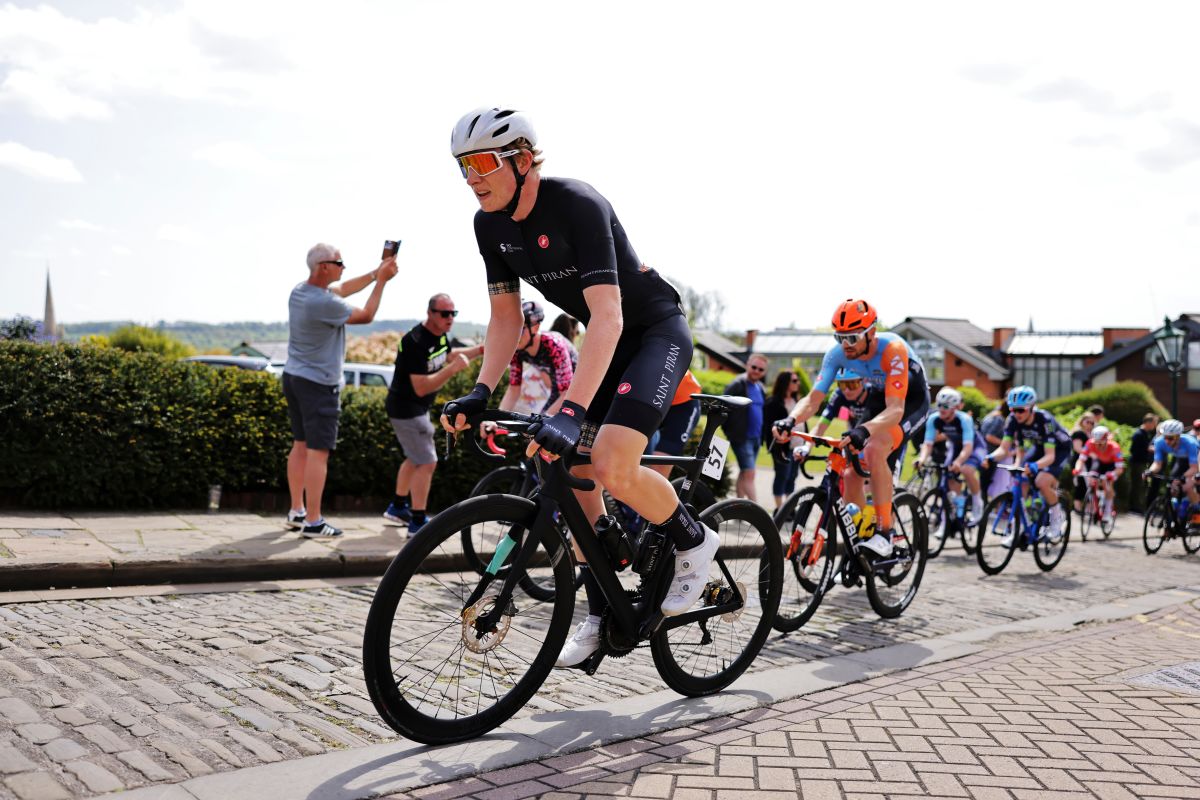 The team was in Roosendaal to take part in the Midden Brabant Poort Omloop race on Sunday.

A team van was broken into around 5 a.m. the morning of the race [Sunday 19 June] and three bikes with matching hand-built Pacenti wheel sets were all taken.

Other team vehicles were also damaged in the theft.

Speaking to Cycling Weekly, team owner Richard Pascoe explained the huge impact this could have on the Cornish side’s season. “Unfortunately, this is becoming more and more common in racing – even at the highest level. Teams like ours, especially at continental level, cannot afford these losses,” Pascoe said.

CCTV footage showed one of the bikes taken at 4.46am Dutch time on Sunday morning. Team staff members explained that while the bikes were kept as spares for racing, shortages in the UK bike industry – exacerbated by the impact of Brexit – will make them more difficult to obtain. replace.

Steve Lampier, a former British professional cyclist and team manager at Saint Piran, was in the Netherlands for the race and speaking to Cornwall Live said: ‘These are race driven and are there if we need of a spare part. We are now missing three of them, and like the automotive industry, bike parts have been hit hard by Covid, shortages and Brexit. It’s hard to get stuff so even with the money, we’re a bit screwed.

Pascoe added: “We are only halfway through our season and although insurance often covers some financial losses, it just adds to our costs of running the team longer term and we have We still have a long way to go before our last race this season. It is clear that bikes are an integral part of a cycling team, so if the cost of supplying these bikes increases, teams like ours will suffer. Obviously, the other major issue is the availability of bikes and parts to replace them, which many teams struggle with.

While the stolen bikes were spare parts, some riders also used them for training at home and losing them means some riders are now left without a bike.

Pascoe called on team fans for help replacing the bikes. “This is where the global community surrounding Saint Piran Cycling can come into its own with projects such as crowdfunding and wider support. I believe these approaches will be an integral part of professional cycling in the future, because we’re all looking for more sustainable ways to run teams. That’s our number one priority,” he said.

Despite a rocky start to the day from Steve Lampier and Saint Piran, the riders still managed to put in a performance in the Netherlands with Berkshire-based Charles Page taking 5th place in the race.