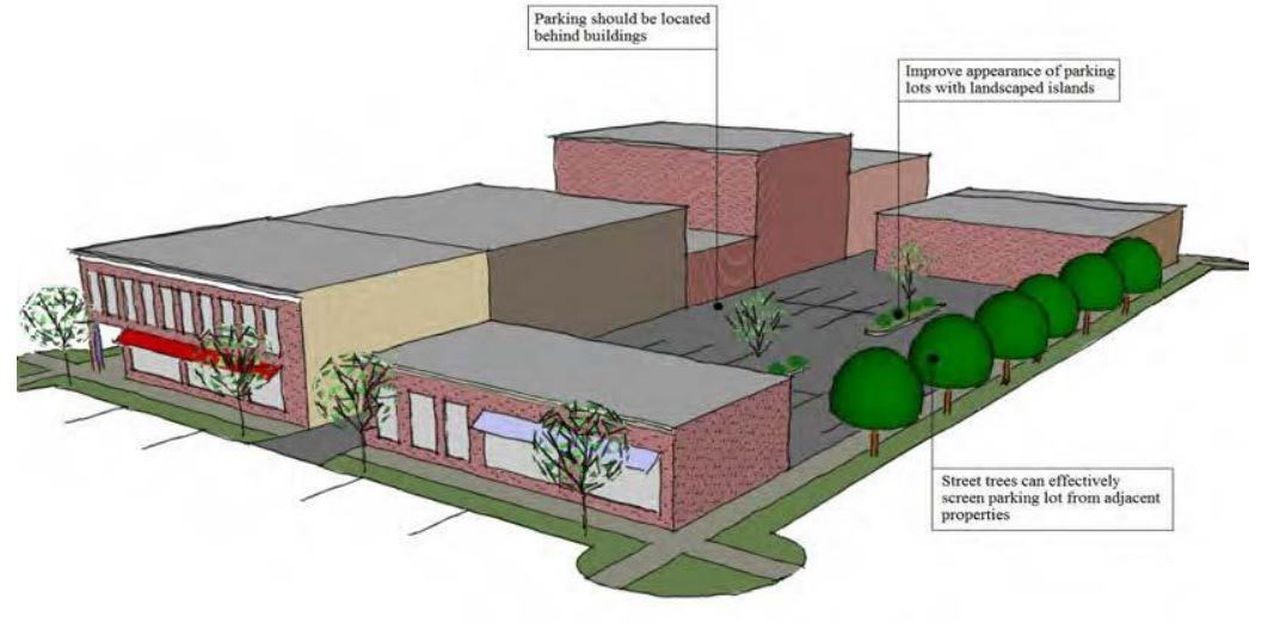 KALAMAZOO, MI — A tax capture proposal presented to Kalamazoo City Commissioners is described as a way to pay for a list of projects on the North Side of Kalamazoo.

These projects could include an African-American museum, a boxing and fitness center, a streetscape, and more, for an estimated total of $34 million.

The Kalamazoo City Commission will hold a public hearing regarding the proposed adoption of the Northside Cultural Affairs District Authority during the 7 p.m. commission meeting on May 16 at City Hall.

“What can he do for the Northside?” Mattie Jordan-Woods, executive director of the Northside Association for Community Development, said during an interview with MLive. “The same was done for downtown Kalamazoo,” but on a smaller scale.

Downtown Kalamazoo has had a TIF for years that helps put tax capture funds back into the area, Jordan-Woods said.

Jordan-Woods said it would be positive for the neighborhood and is intended to allow local residents to enjoy some of the same benefits that have more often been offered to wealthy developers. She said she wasn’t against developers getting the benefits, but said residents should be able to access them as well.

“It’s about spreading the wealth around,” she said.

Kalamazoo City Development Project Coordinator Paul Thuringer said the projects in the document represent a “wish list” for development in the district. The proposal is a tool in the toolbox to help revitalize the Northside, he said.

The proposal shows $900,000 for the development of an African American museum on Ransom Street, with completion estimated by 2026 or earlier.

He describes the use of $750,000 to establish a boxing and fitness training center.

It includes $3 million proposed to beautify and improve streetscape and lighting along Ransom Street.

Another $3 million would go towards improving walking and accessibility district-wide through improved sidewalks and pedestrian infrastructure.

These projects and several others are classified as high priority short-term projects, with a timeline of up to five years. New walkway signage, bike racks, public benches, lighting, green infrastructure, a commercial facade program, walking improvements, addition of emergency call boxes and l Improving access to nature are also mentioned in the plan, under the heading of short-term projects.

The proposal also includes longer-term projects with a timeline between 11 and 30 years to restore and/or repave designated streets throughout the neighborhood with historic paving materials such as brick and build public restrooms.

Thuringer said TIF approval would not trigger construction of the listed projects. He said projects represent things that TIF is meant to fund, although many projects are still in progress or still need to be planned before they can be built, and in many cases that means partnering with developers. and other stakeholders.

The plan indicates that costs and completion dates are estimates only and are subject to change. “These dates and estimates may vary due to private investment decisions, funding opportunities, market changes, or other factors,” the plan says.

If the TIF and development plan are approved, the Northside Cultural Business District Authority will be permitted to seize property tax increases beyond the year in which the authority is established.

However, landowners in the authority district are not directly affected by the TIF plan, according to a recommendation on the plan sent to the city commission in March.

Property taxes are paid as usual, the recommendation says. The only difference is that a portion of the revenue generated from any increase in property values ​​is captured and diverted to the authority for economic development purposes, instead of being paid to other local tax jurisdictions.

Generally speaking, Chamberlain said, if home values ​​and property values ​​increase over time, it creates new wealth and capital for homeowners in that area.

The number of vacant lots increased in the neighborhood after the housing crash of 2008, Jordan-Woods said.

The TIF aims to increase the number of owner-occupied homes, including owner-occupied single-family homes, she said. One of the main ways to build wealth is through home ownership, she said.

Tiny houses, youth shelter apartments and other homes are being considered in the area, she said. One of the projects is the Tiny Houses of HOPE development, consisting of three tiny houses.

Jordan-Woods sees TIF helping to encourage different businesses, including those owned by residents, with examples like gift shops, shoe repair shops, a candle shop and other small stores, he said. she declared.

That is why she is in favor of taking the tax money generated by additional economic development in the designated area and developing the plan so that it is spent in that area.

District training would also allow them to pursue other grants for the area, she said.

If the plan goes through, taxes will be generated on lots that were once vacant, she said. It would benefit residents and the city, she said. It’s about bringing people together to live and work together, she said.

Jordan-Woods considers the impact the proposal could have on the community. She and others have worked on this effort for years, she said.

The development of the Northside Cultural Business District Authority and a TIF neighborhood are included in the 2018 Northside Neighborhood Plan, as part of a strategy to increase the number of resident-owned businesses, particularly those owned by African Americans and low-income residents. The plan was created by the Northside Association for Community Development.

Section of I-94 bridge demolished on Portage Road; last span to descend then