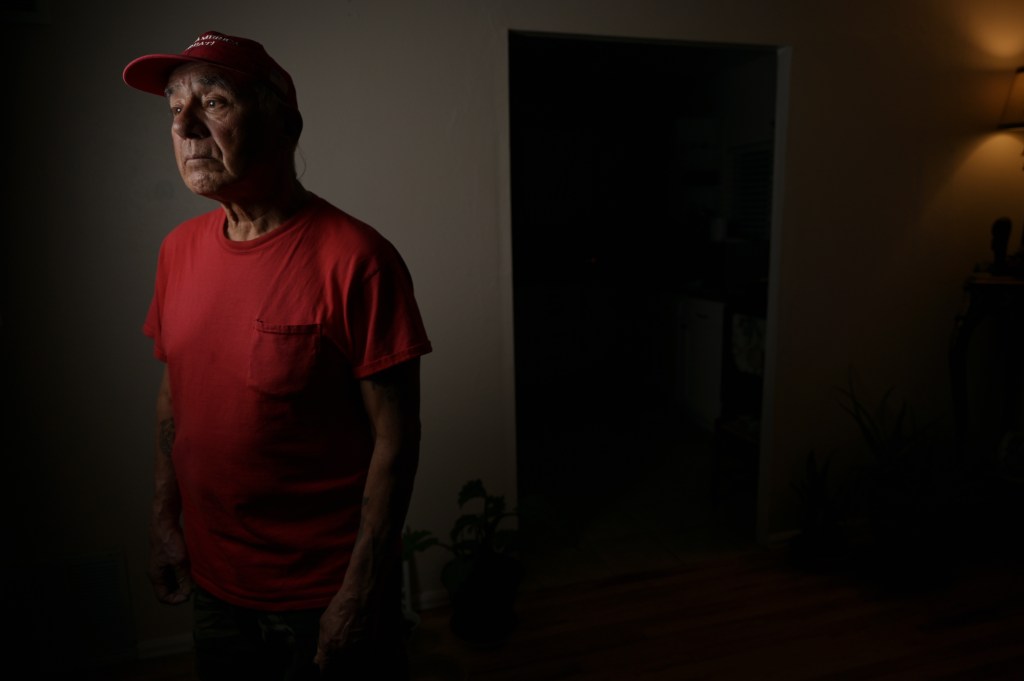 Epifanio Nieto was driving a bus in September when his body suddenly stopped functioning – he tried to use his hand but couldn’t, then he started to fall.

The driver stopped the bus saying, “I think you are having a stroke. “

An ambulance was called and Nieto, 73, spent seven days in the hospital. When he finally recovered and received the bill, it was for only $ 112.

“It’s a benefit for Medicare,” he said. ” They took care of everything.

Nieto, who served 13 years in prison, had more trouble than many getting federal health insurance. .

His experience is common among older people who are released from jail in Colorado, experts say. They face additional obstacles in finding both housing and health insurance.

In July, state lawmakers passed a law aimed at overcoming some of these hurdles and requiring the state’s Commission on Aging to study the issues and report its findings by the end of the year. .

“It’s just one of those things, the more you learn the worse it gets,” said Jane Barnes, chair of the commission.

“It’s like a Gordian knot,” she added, referring to the historic name given to a problem solved only by bold action.

The commission spent six months studying the problem and made several recommendations on how the state can help older people navigate health care after release from prison. Barnes declined to discuss the recommendations until the report was released in January.

Among the problems: people who have been incarcerated for decades may not have enough work credits to qualify for health insurance without premium, even if they have worked in prison; release from prison does not trigger a special registration period, so some have to wait months to register; and many prisoners miss the brief window to enroll in medicare around their 65th birthday and face penalties.

“It was overwhelming; the lack of support, the lack of resources for any senior released from prison has been a nightmare, ”said Kelly Brasier, whose uncle Anthony Martinez, 85, was released from prison in January. She has spent the months since floundering through paperwork. Her uncle was not eligible for full health insurance due to his limited work history, she said.

“He has no working credit, even though he worked as a janitor in the prison,” she said.

She paid much of her medical expenses out of pocket, rushing for a hospital bed, a disabled ramp, a wheelchair, a walker and crutches, she said. She would like to see the Department of Corrections ensure that older inmates are enrolled in medicare before their release – a step that is now made mandatory by law passed this summer.

This warrant should help “to some extent,” said Terri Hurst, policy coordinator at the Colorado Criminal Justice Reform Coalition, adding that she believes some formerly incarcerated people will still face penalties because of their work history and legal status. when they enroll, and may have to rely on private insurance plans instead of Medicare.

Colorado prisons hold 625 inmates over the age of 64, said Annie Skinner, a spokesperson for the Department of Corrections. That’s about 5% of the state’s prison population. About half of that group – 327 people – are serving life sentences, she said.

Not all detainees have family members like Brasier who they can move to live with after release, and finding accommodation for older detainees and those with significant medical needs is another major challenge for older people. coming out of the state prison system.

“Housing is almost always the hardest part,” said Jamie Ray, care manager at Second Chance Center, a nonprofit that helps people find their place after they get out of prison.

Nursing homes may refuse to accept residents who have served prison time, and older people may not be able to work the kind of manual labor that has traditionally been one of the highest paying fields available. for people formerly incarcerated.

Seventeen people in Colorado have been granted parole but are still jailed simply because they have nowhere to go, said Ruth Koffman, deputy executive director of community operations in the Department of Corrections .

“We cannot release someone who has high medical needs and is old and crippled, we cannot just put them at a bus stop,” she said. “… There has to be a placement that people feel comfortable in before they send someone.” “

On average, those 17 prisoners have been held 210 days since parole approval, Koffman said. The person with the longest wait has been looking for work for almost two years.

The Department of Corrections is now seeking approximately $ 700,000 to fund a new program to find nursing home placements for these inmates. The program would pay nursing homes an additional rate to accept those released from prison, Koffman said. The initial budget request could pay for 10 beds, she said.

“This population has unique health needs because incarceration is detrimental to overall health,” she said. “So this rate justifies the level of extra care they need. “

Ray recalled an 84-year-old man who was released from prison at a halfway house because he “had nowhere to go.”

The halfway house wasn’t ideal, but it was better than jail, Ray said.

“We had bikes that we handed out once,” she said. “… He got on the bike and did it in the parking lot, smiling.” It was the last bit of freedom he had.

The bicycle seat of a Donut employee was stolen; the community buys him a car