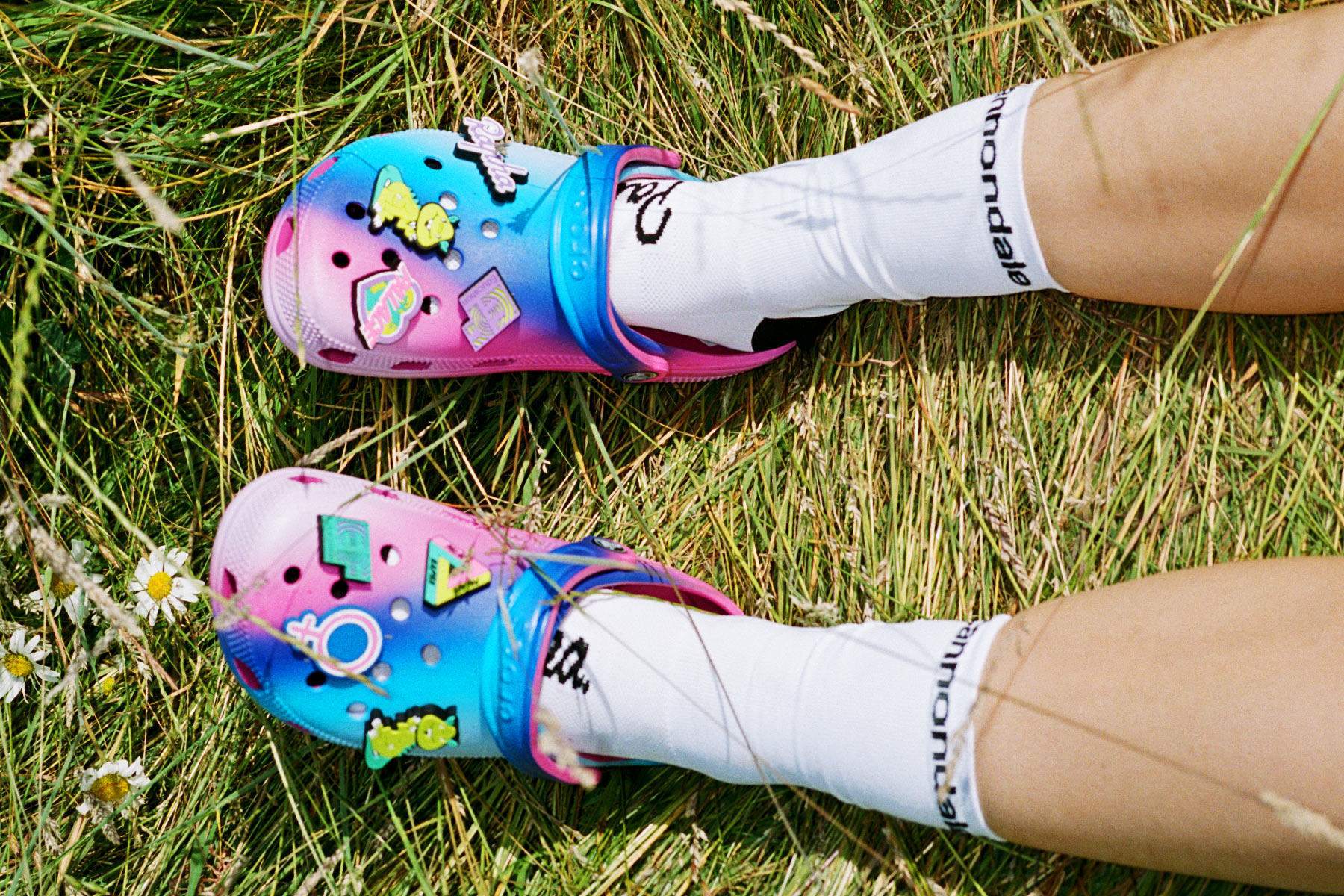 The Rapha + Palace collaboration kicks into high gear with wild tech skirts, shirts, pants, jumpers and cargo shorts, and yes limited edition Crocs in matching pink and blue adorned with the adorable cartoon dragon from Palace and the Jibbitz team edition. At the same time, it’s the craziest crossover between cycling apparel maker and skate and streetwear brand, but it’s perhaps the most accessible for cycling fans who aren’t always looking to be outfitted with a replica cycling kit as they stand beside the road or cheer on their favorite riders from home. 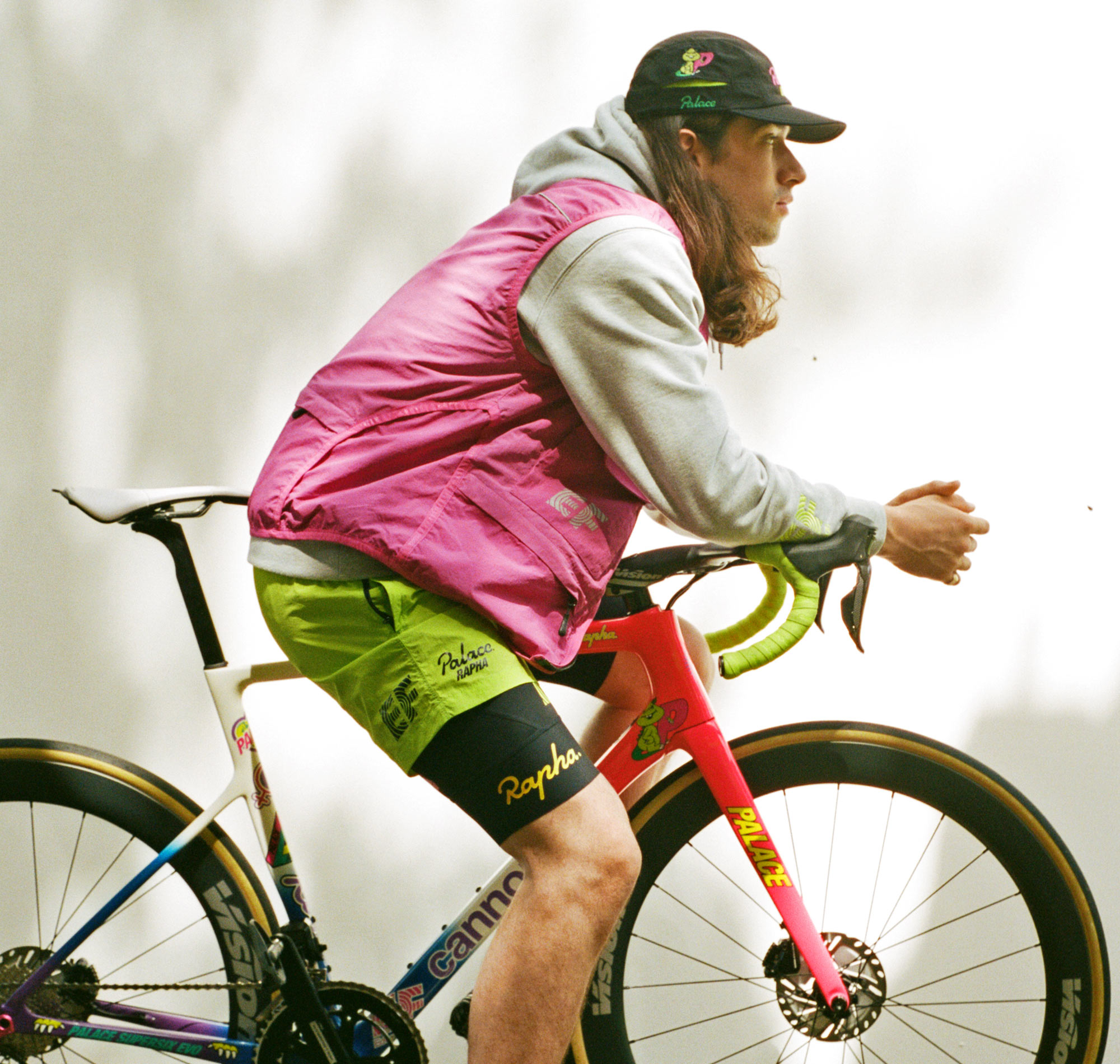 So the Rapha+ Palace special edition Tour de Force/Tour de France Women’s kit and custom painted Cannondales were already flashy and a bit wild, but now, with an off-bike collection, they’re taken to the next level. 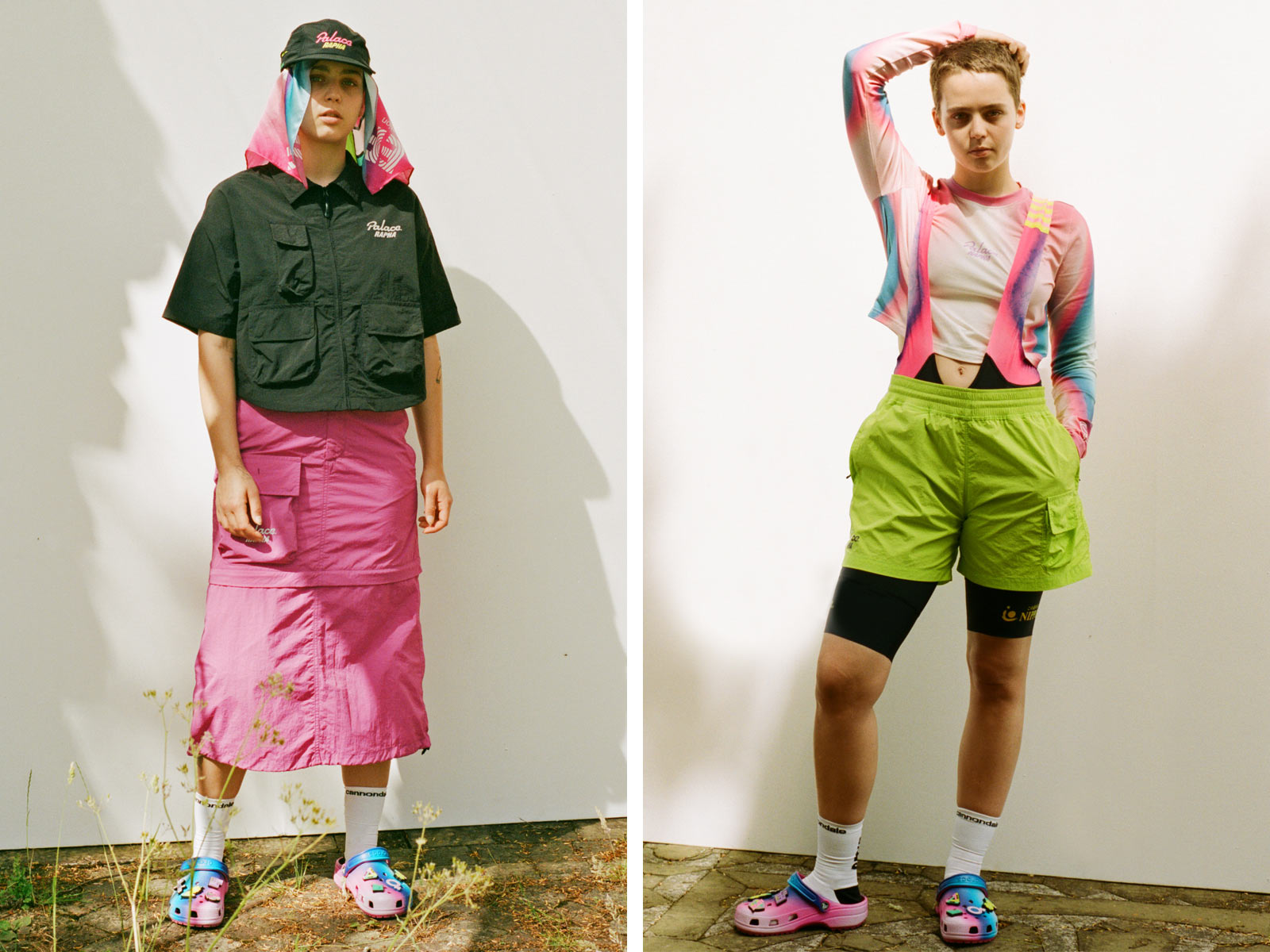 Where else in cycling will you find limited-edition Crocs, technical zip-up cargo skirts and shirts, crop tops, cargo pants and cargo vests? 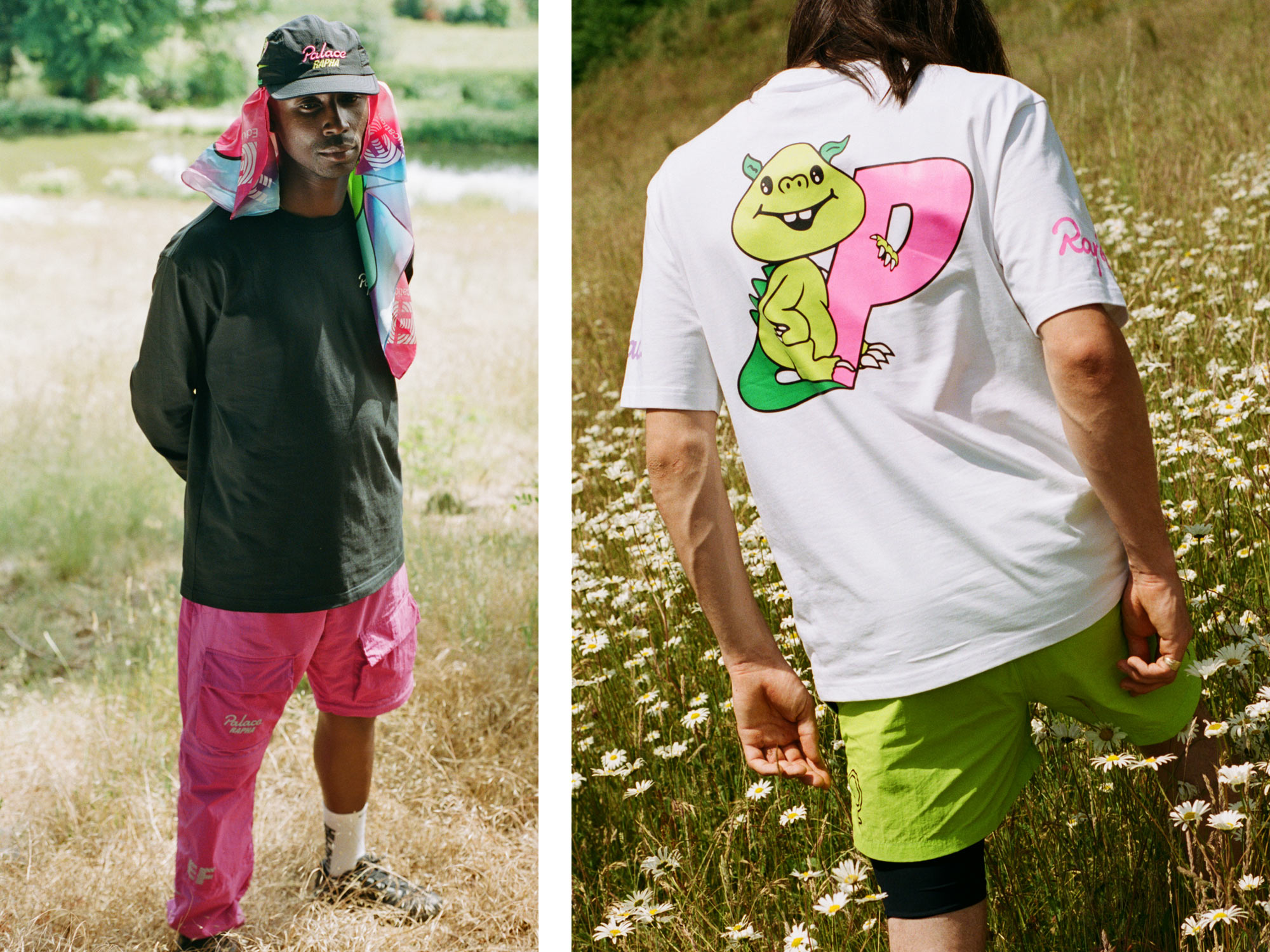 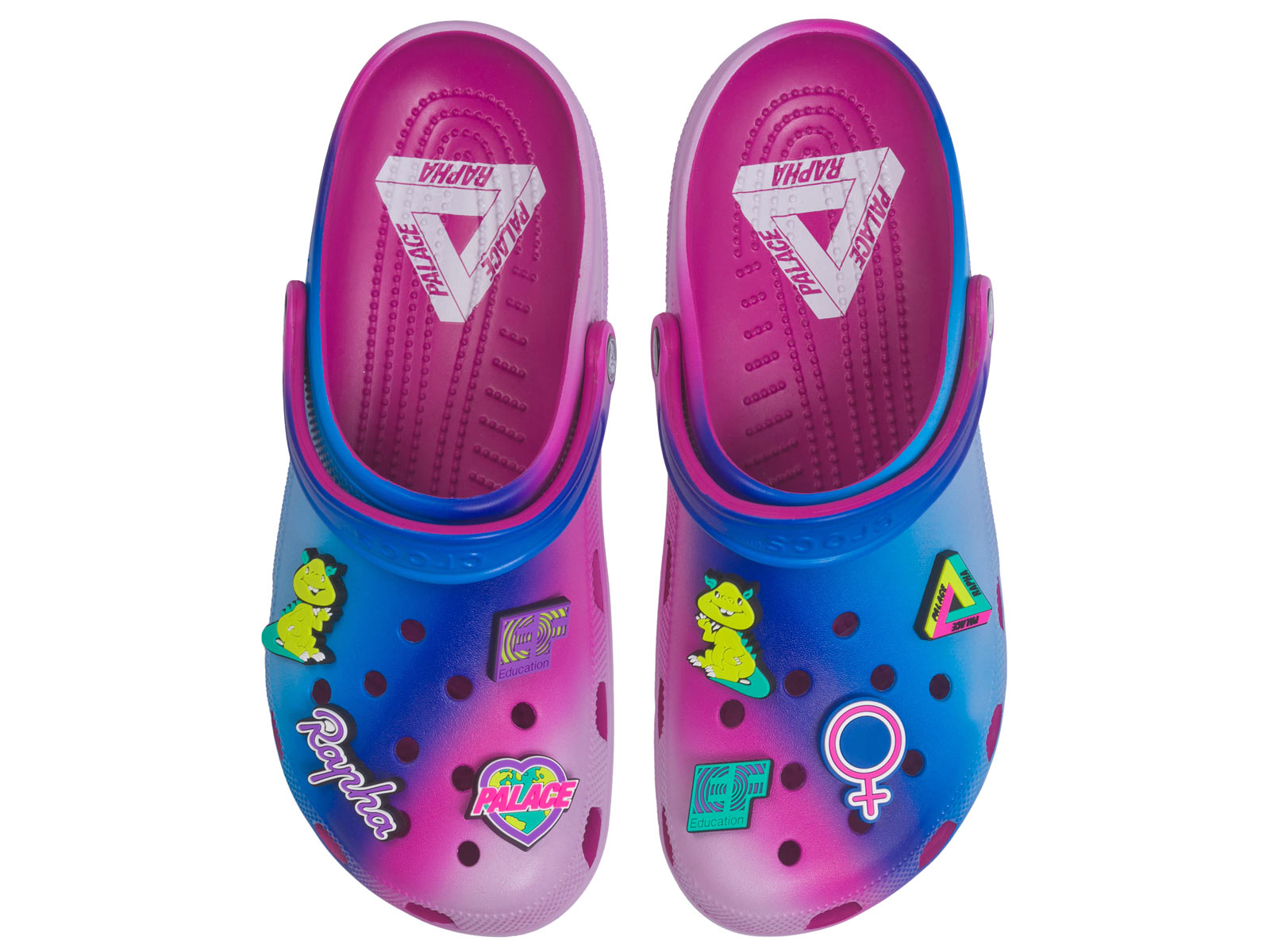 And yes, there are official Rapha + Palace edition Jibbitz shoe charms to adorn your Crocs with the cartoon dragon that Rapha and Palace call “a symbol of supernatural power, wisdom, strength and hidden knowledge”.

Or just a set of matching pins to stick on your favorite jacket or backpack. 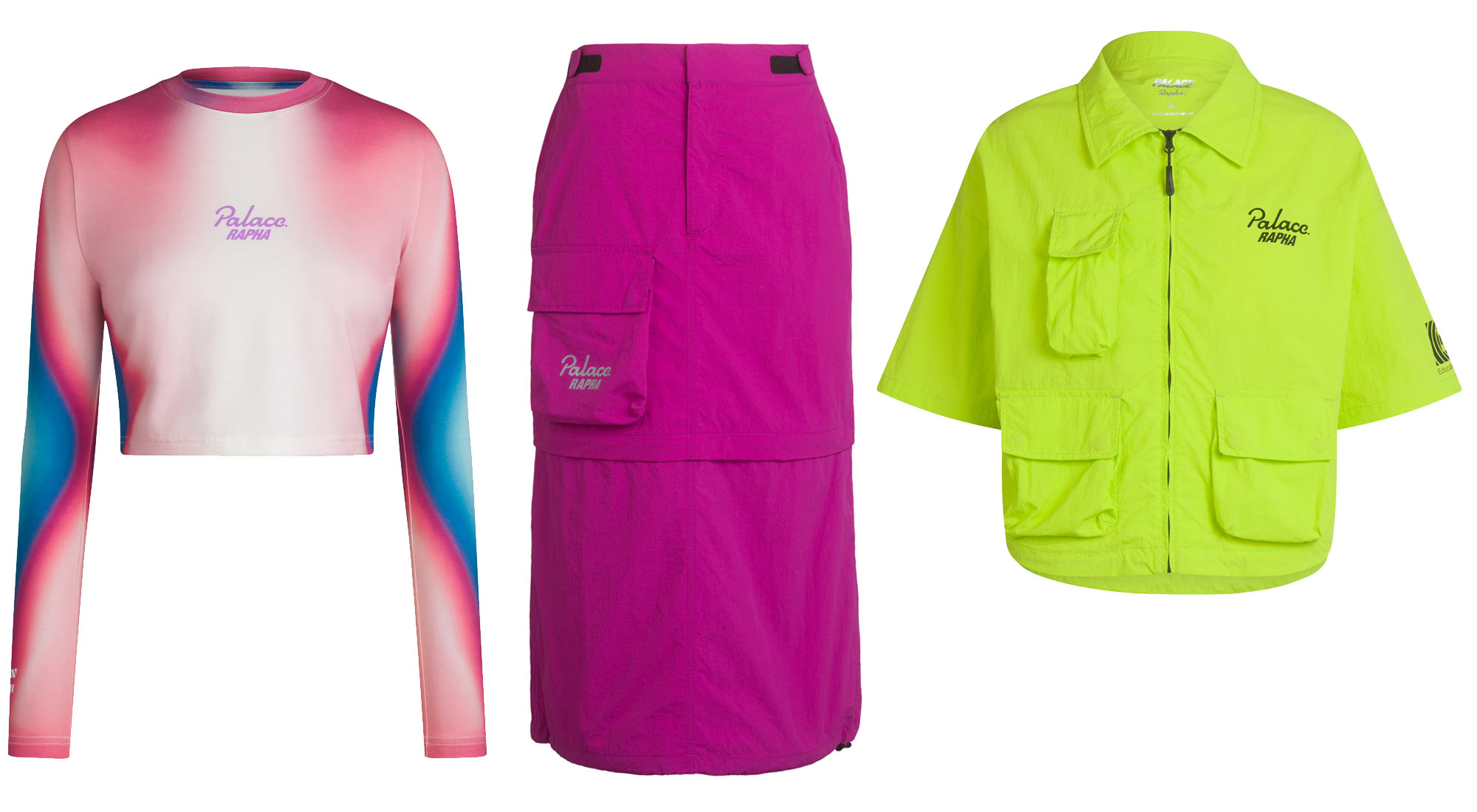 Much like the focus on much of this Rapha + Palace Tour de Force Switch Kit for the EF Education-Tibco-SVB and EF Education-Easypost teams is the return of large-scale women’s professional stage racing with the Tour in 8 Steps from France Femme, much of the coolest kit here is for women – see cropped tees, technical skirts/shirts/shorts. 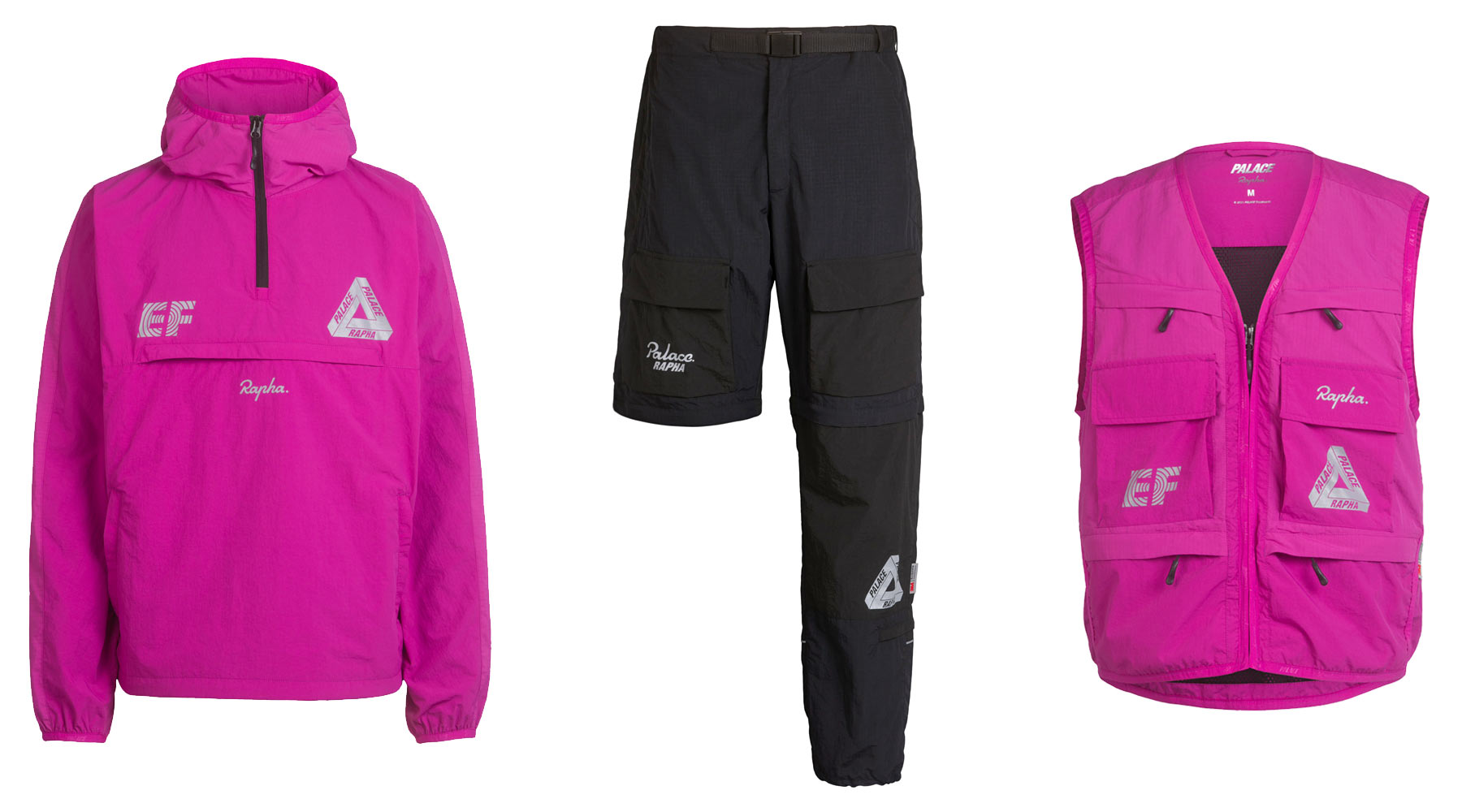 But there are plenty of “genderless” items for both men and women to share – a tech anorak-style hooded jacket, tech zip-up pants and a tech utility vest loaded with cargo pockets are the most popular options. technical – made from ripstop, water-repellent and wrinkle-resistant nylon.

Then there are short and long sleeve t-shirts, a few classic hoodies, a vented cap, and that dragon on a silk scarf to wrap around your neck.

Rapha says the full range of casual wear has been developed entirely for pro team riders to lounge around before and after races, but is now also available for fans. Or at least it will be at the end of the week. 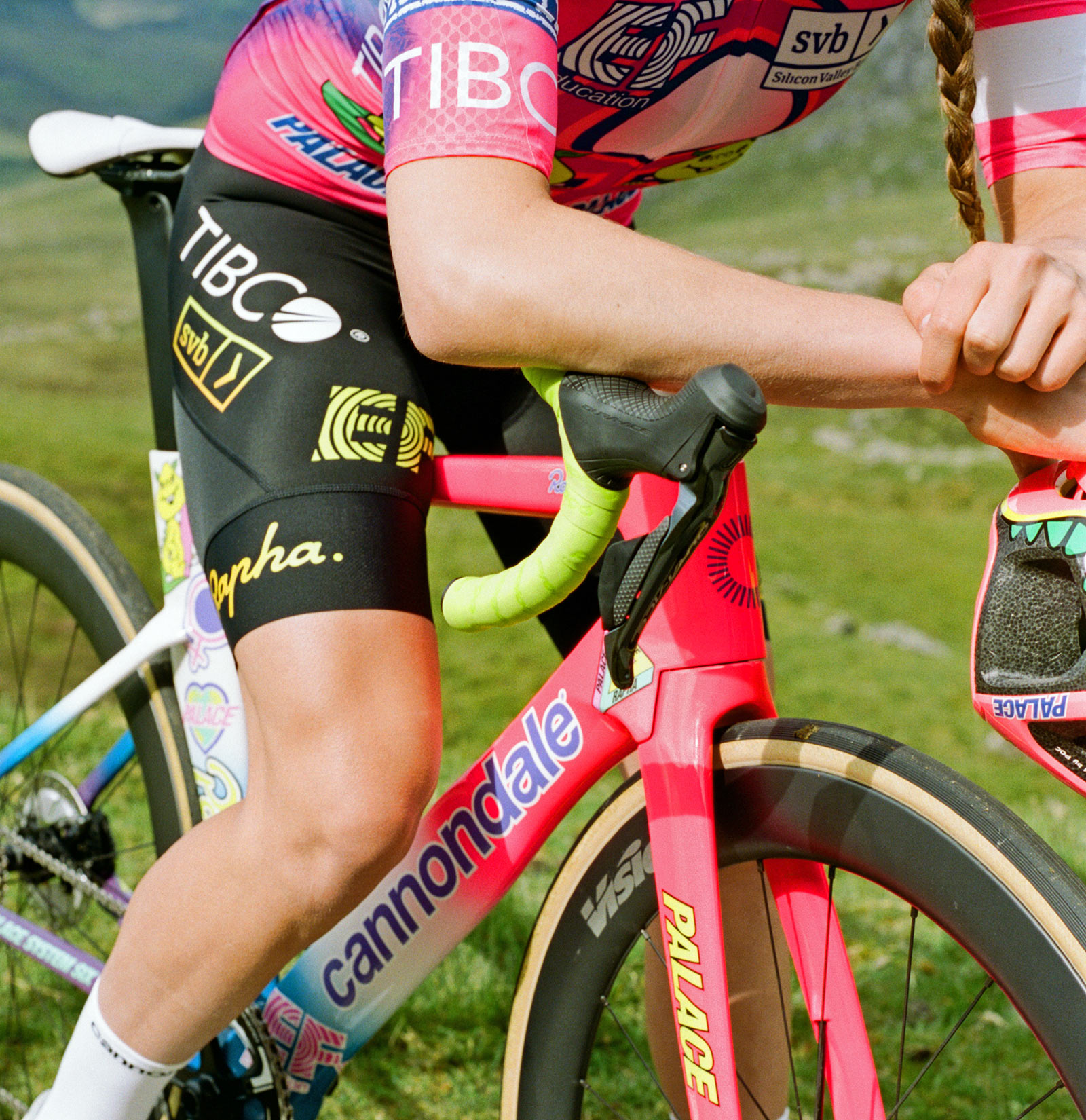 Like the kit and pro replica bike, the Rapha + Palace off-bike line officially goes on sale in super limited quantities on 15 July at 11:00 BST for the UK, EU, Canada and South Korea ; later the same day July at 11:00 a.m. EDT for the United States; and finally the next day July 16 at 11:00 JST for the Asia-Pacific market.

RCC members should also have access to buy everything 24 hours earlier. 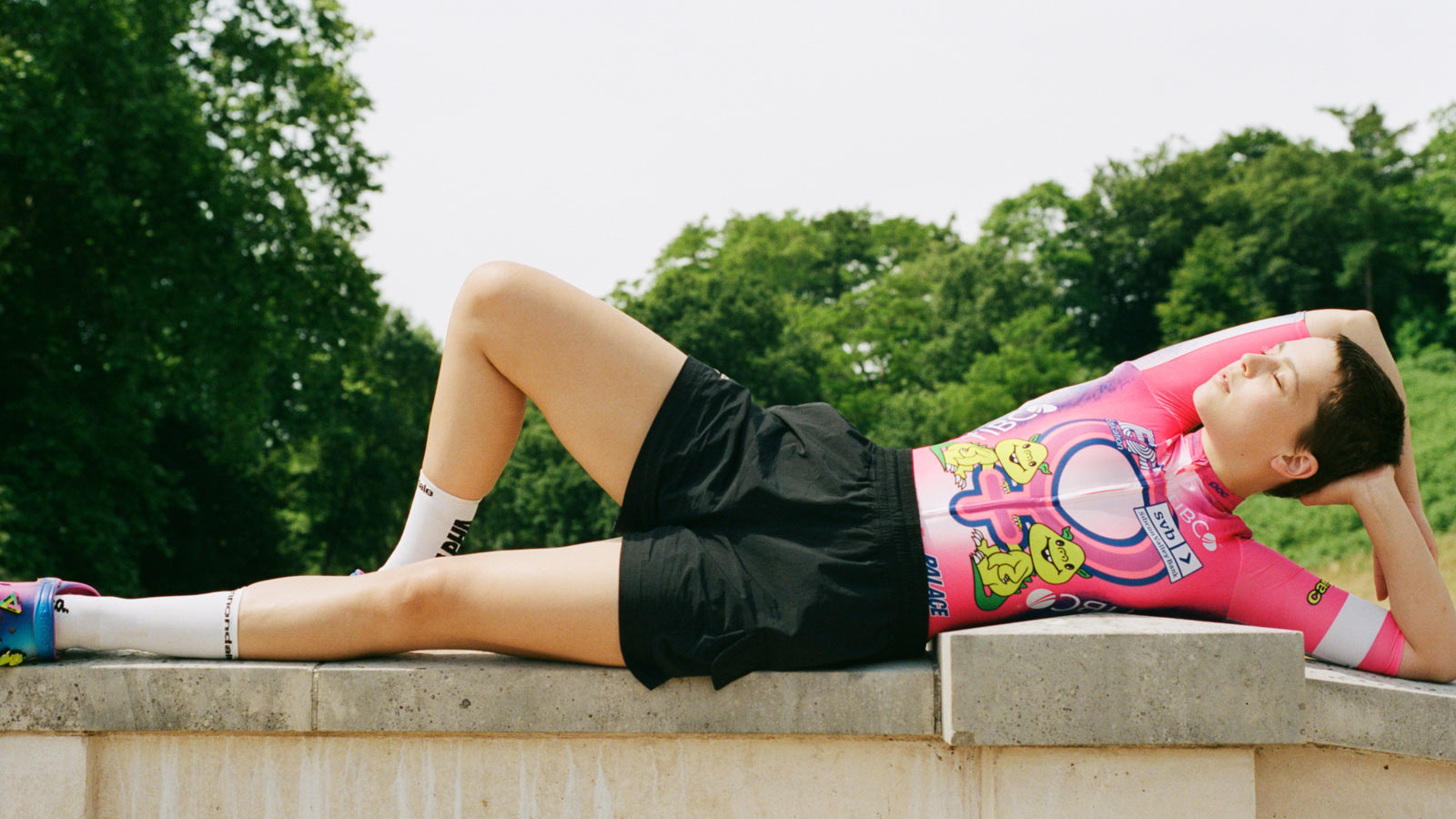 See you at Rapha for all the details, or in one of their Clubhouses or Palace’s shops.

Don’t just lay there and let it get away.