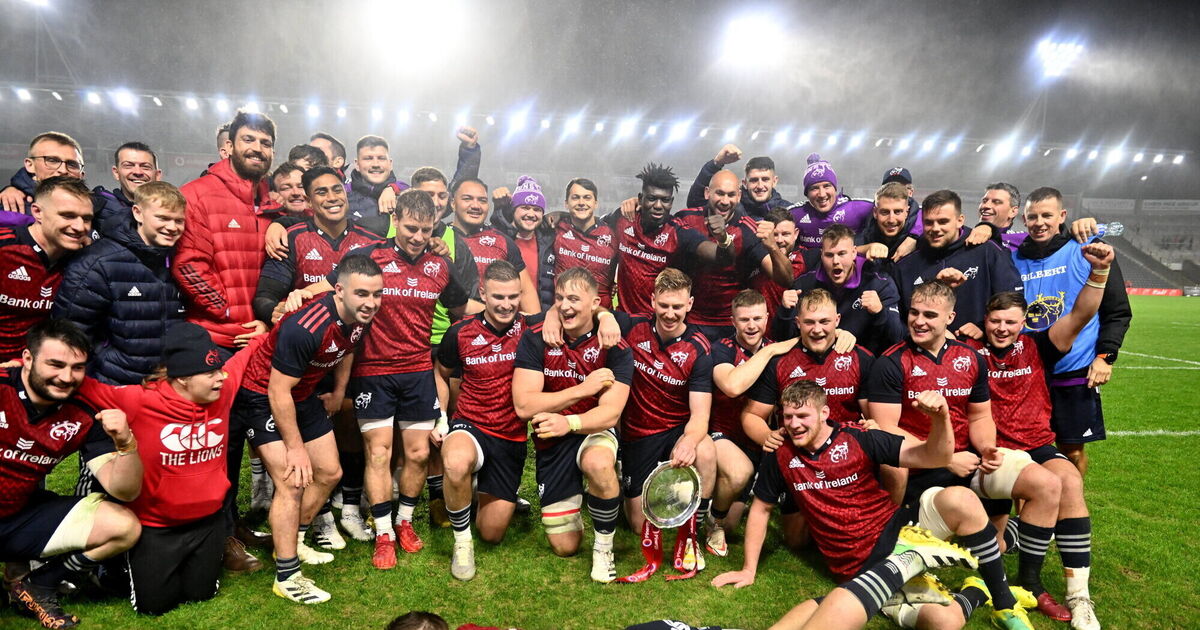 Post-match public transport after Munster’s historic match at Páirc Uí Chaoimh on Thursday has been branded a ‘mess’ with calls for the state to fund additional bus and train services when the city hosts large events.

Cork City Council has warned that the city’s road network no longer has the capacity to accommodate more private car use as mid-week traffic levels have returned to pre-Covid levels.

Thousands of fans attending the first rugby match at the GAA Stadium on Thursday followed advice to use public transport to and from the stadium, but many found themselves stranded afterwards as there was no enough buses or wagons.

Some fans had to wait up to two hours to get home by bus or commuter train.

A bus stop at Ardfoyle in Ballintemple near the stadium saw not a single bus arrive from 9.15pm to 11.15pm, leaving hundreds stranded in the rain.

Eoin Green was among many fans who struggled to find a seat on a train from Kent station to Midleton afterwards.

“It’s all well and good for Micheál Martin to go to COP27 and spout ‘words and lofty goals are cheap, but action is hard’,” he said.

“Why doesn’t he start in his own constituency and bring public transport up to an acceptable level?”

Mr Green said many passengers have pointed out to Irish Rail staff that the company adds four carriages to the line when cruise liners dock at Cobh, but only had two carriages in service after the match.

A spokesperson said Kent station was very busy and while some customers may have been taken away from previous services due to capacity issues, all customers were accommodated.

Green Party Councilor Dan Boyle said it was clear the planning of public transport options “was not what it should have been”.

“It seems many of those who attended the game took the advice and chose not to take a car. Hands up if the public transport planning was not what it should have been,” did he declare.

“If we want to encourage people to attend such events using public transport, we have to provide options.

“And especially in light of BusConnects, we need to be able to show which public transport options are the most viable. The rhetoric must be supported by funding.

Mr Boyle said he planned to raise the issue with his party leader, Transport Minister Eamon Ryan, next week.

Chronic traffic jams were reported in the south of the city for several hours before the match, with heavy traffic jams on the N40 slip roads towards Douglas and Mahon, and in the suburbs around the stadium.

In a statement, the city council said the return to office work by many people and increased university-related travel have contributed to additional traffic volumes in recent weeks.

“With the continued increase in population and economic activity in the city, travel will continue to grow in the period ahead,” he said.

The city’s existing road network no longer has the capacity to accommodate the growing use of private cars.

“The rapid delivery of programs such as the MacCurtain Street Public Transport Improvement Program is necessary to provide people with viable and efficient bus service.

“In addition to improving public transport options, the continued development of new cycling and pedestrian infrastructure throughout the city will also encourage a shift to more sustainable modes of transport and a move away from private car use. ”

The National Transport Authority, Irish Rail and Bus Éireann have been asked for comment.

Bus Éireann said it was operating its full scheduled service near Páirc Uí Chaoimh, including routes 202, 202A, 212 and 215.

“Before the match, Bus Éireann informed customers via our website that there would be disruptions on routes 202, 202A, 212 and 215A from 9.15 p.m. to access Blackrock Road.

“The provision of additional services would be a matter for the National Transport Authority (NTA) and we will provide feedback to them.”