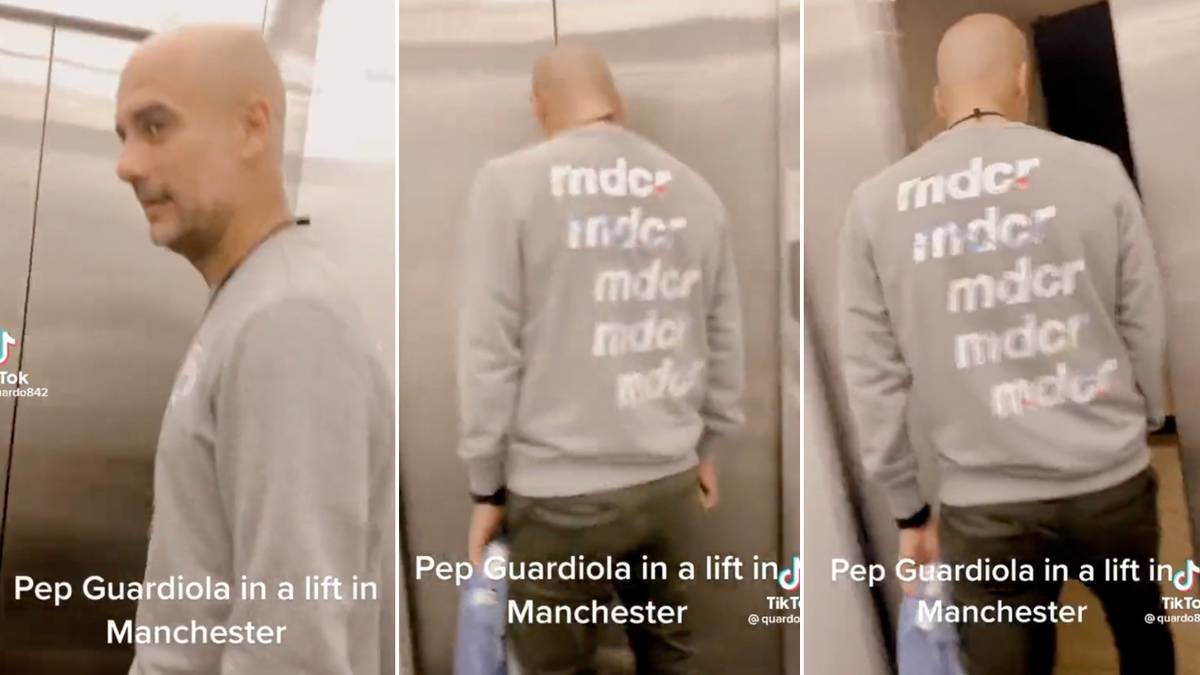 Pep Guardiola is the latest Manchester City star to be filmed in an awkward interaction with the general public.

Footage has now emerged of Guardiola in a hugely awkward interaction with fans in a lift.

In the clip, two women are heard laughing as they film the Manchester City manager, who briefly glances at the camera before turning his head away. Watch the video below:

Oddly, fans don’t try to talk to Guardiola during filming.

Unsurprisingly, Guardiola wastes no time getting out of the elevator, shooting at the doors as soon as they open.

Fans on social media expressed their sympathy for Guardiola.

“I feel so bad for the guy he was just enjoying his day,” added another.

While a third joked: ‘Deffo looked for the next flight to Spain as soon as he left.’

It’s not the first time that Guardiola has been involved in an awkward interaction with a supporter in Manchester.

He was spotted cycling through central Manchester by an over-eager man, who chased Guardiola in the hope of getting a photo with the Spaniard.

The fan could be heard saying, “Aye Pep, let me take a picture bro! Yo! My man smokes, yo! Aye Pep! Yo, no no you gotta see this! Oh my god!”

After finally catching him, the fan managed to convince Guardiola to get off his bike, but the City boss seemed far from satisfied. Watch the video below:

It clearly hasn’t been the most relaxing two days for Guardiola, even without his City side playing a game in midweek.

They return to Premier League action against Brighton on Saturday.

Smart tips to save on your bike insurance premium