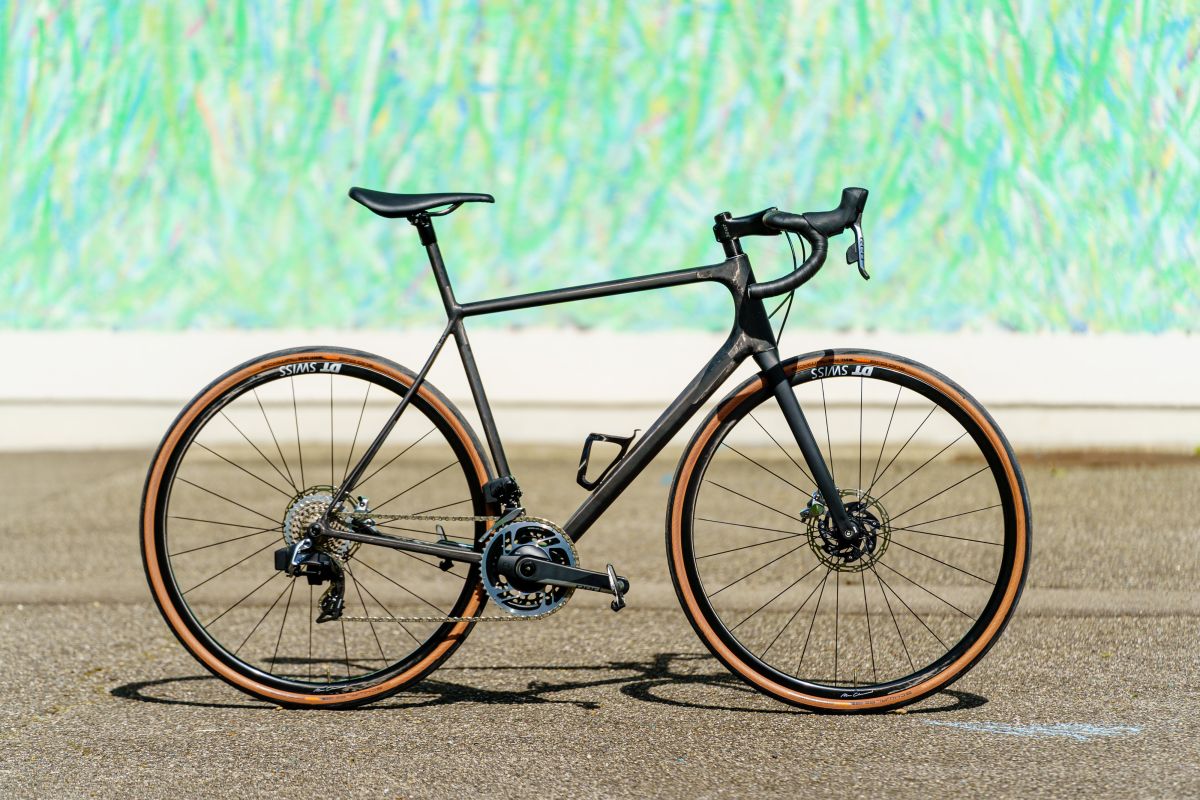 Open the new MIN.D. California is a 775g superbike frame made in the USA

The bike was designed by Open co-founder Gerard Vroomen alongside composite design expert Don Guichard, who both worked on Cervélo’s infamous California project over a decade ago. Project California was intended to test the limits of bicycle design, rather than offer a practical mass-market addition to Cervélo’s R-series. It was the driving force behind two high-end Cervélo frames—the R5Ca and RCa—that were two of the lightest and most expensive frames ever made.

Based on the same composite laboratory, the MIN.D. The California is also presented as an exploration of design, rather than a practical step up in the Open range.

Open released their first dedicated road bike, the MIN.D., in 2020 to great acclaim. The brand first gained notoriety when it launched the UP gravel bike in 2015, which sported a road bike silhouette while offering clearance for ultra-wide 2.1-inch tires, and was widely regarded as one of the best gravel bikes on the market when it was released. . Given this gravel lineage, many were surprised to see a dedicated road offering from Open.

With the MIN.D., Open fans discovered a sleek, more conservative road bike that retained the DNA of that quirky early version of the genre. This DNA can be seen in the outlier geometry of the MIN.D. (perhaps best demonstrated by the unusually long 50mm fork offset) and comfortable 32mm clearance. While most brands have recently moved away from integrated seatposts, Open’s MIN.D. features a “continuous seat tube” that reaches a narrow diameter of just 25mm. In theory, this provides increased vertical flex to the saddle and the rider.

The mind. California retains these distinctive elements of MIN.D. while evoking an aesthetic and technical story similar to Cervélo’s Project California. This will no doubt excite those who have grown bored of frames made in the Far East, and echoes efforts by other brands to bring production closer to home – such as the €15,000 BMC Masterpiece.

In addition to founding Open and currently being CEO of 3T, Gerard Vroomen can count the founder of Cervélo among his bike design honors. It was during his time there that he hired Guichard to develop Cervélo’s Project California frames, a frame with a total weight of between 600 and 700 g.

Since then, Guichard and Vroomen have obviously stayed in touch. “Don led the Project California R&D lab/factory that created and built the superlight and stiff Cervélo R5CA and RCA,” says Vroomen. “After the frame projects stopped, he continued with other parts such as the carbon fiber prostheses, but he really wanted to redo a frame.

The two began working in the same California-based carbon lab they used before. Frames are manufactured end-to-end in the same facility, from tubing laying to final finishing – where normally one would expect the finished tubing to be wrapped together using sheets of carbon prepreg.

Treating the project as a test of the limits of skunkworks-style engineering, Vroomen not only claims to have reduced the weight of the already lean MIN.D. (which ends up taking off 80g) but also claims increased stiffness around the bottom bracket, as well as greater vertical compliance.

Perhaps hidden by its simple finish, the MIN.D. The California’s tube shapes differ significantly from those of the standard bike, while it introduces a new choice of layup material and carbon fiber, highlighted by the frame’s bare raw carbon finish.

Perhaps the ladders tell the best story, as Open claims the MIN.D. The frameset comes in at 775g in size L. Factoring in the added weight of the integrated seatpost, this pushes the MIN.D to beat most of the best lightweight bikes on the market, although it’s still a bit heavier than the incredibly light 588g. Specialized Aethos S-Works.

At €7,500 for the frame alone, and with a limited series of frames, the MIN.D. California certainly offers diminishing returns for the runners and the brand itself, compared to the normal Open MIN.D. Framework. In this sense, Open admits that the project desperately ran away with itself.

“The advantage (or some would say the disadvantage) of our Open structure is that Andy [Kessler – Open co-founder] and I don’t really have to justify our investments and expenses to anyone,” says Vroomen. “So we just kept this MIN.D. until it was finished, despite the commercial sense of it evaporating along the way.”

Given the limited supply and boutique nature of the Open MIN.D. California, we may have a hard time getting our hands on a sample from the California MIN.D. make our own judgement. In the meantime, the MIN.D California will fit effortlessly into our ever-growing list of dream bikes – as inaccessible as they are attractive.

The Open MIN.D. The California is already listed on the Open website and will be available in the UK through partners such as CycleFit.

Impacts of accidents on insurance premiums