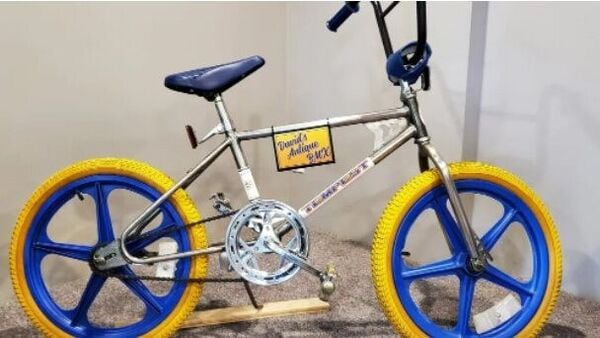 Darryl Pike, the older brother, bought a BMX bike for his younger brother, David, who was killed in an avalanche aged 15.

Bicycles are an integral part of the childhood of all children around the world and a bicycle becomes more precious if it is gifted by the family. Countless memories attach to these two-wheelers and over the years become a time capsule to relive those childhood days. Such a story of a bike that was bought by an older brother for his little brother and now restored by the older one hit some emotional notes.

Darryl Pike, the older brother, bought a BMX bike for his younger brother, David Pike, who was killed in an avalanche at the age of 15. The incident happened in 1986. After David left, the bike sat unused slowly wasting away in the basement where the family lived. Pike, after their mother died last year, was cleaning the house when he found the rusty old bicycle. Memories related to his brother and how he really loved riding bikes made it harder for Pike to give it away. It was then that he decided to restore it.

According to a report from CNC News, Pike was constantly thinking about his younger brother while the bike was being restored. “From the moment I started doing it, I said, ‘I just want it back, David, just for you, just something in your memory,'” he was quoted in the report. Pike also shared that he managed to buy this BMX bike with the help of his UI check because it was difficult for their parents to buy the bike at that time.

Pike mentioned that his little brother first saw the bike in a Sears catalog and wanted one. It was then that he decided to buy this cycle to surprise his brother. Pike bought the BMX bike for $180. “The look on his face at the time, it was well worth that unemployment check, that’s all I can tell you,” the older brother added in the report. Pike also shared that his brother was immensely happy and almost experiencing bike day. and the night.

Volt Cycle Wear by Lehi: a company built on passion