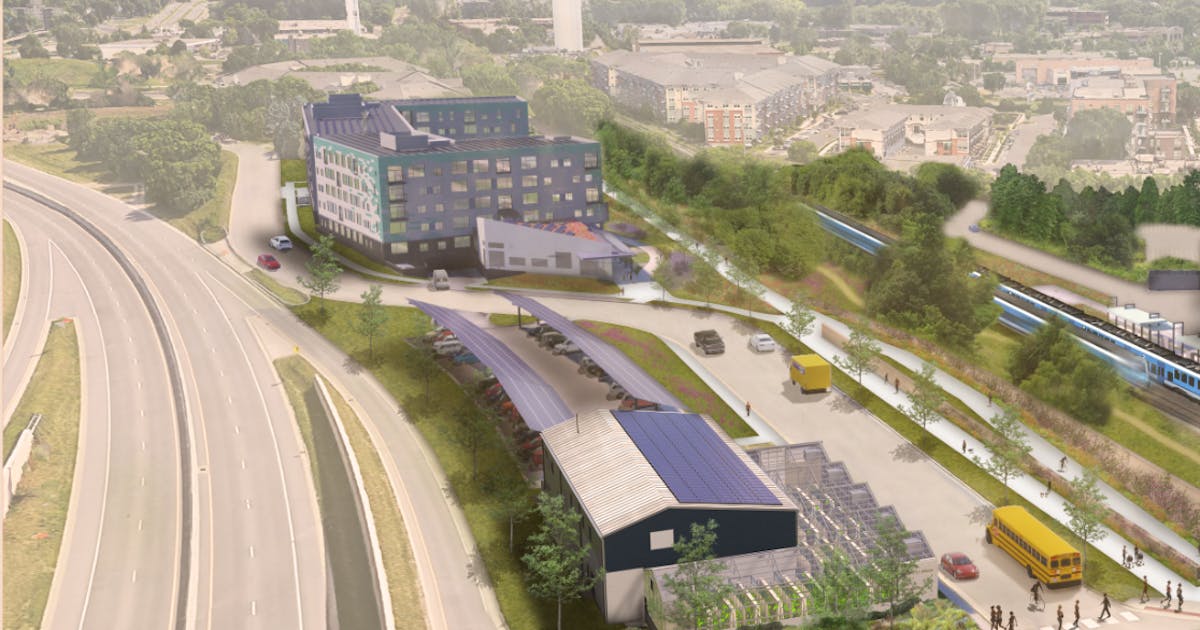 A sustainable and affordable housing community on the future Southwestern streetcar line to St. Louis Park is expected to finally welcome tenants this year – after the city granted four extensions to the developer that delayed completion for three years.

The most recent extension was approved by city council last month, with the only dissenting vote cast by Mayor Jake Spano, who said he wanted to send a message to the Minneapolis-based nonprofit developer PLACE that his patience was at an end and “it’s about time. “

Construction has experienced setbacks and delays caused primarily by the COVID-19 pandemic and funding issues, said Chris Velasco, executive director of PLACE. Nonprofit development is complicated, he said, and coupled with affordable housing – which is expensive and heavily regulated – has been a recipe for delays and massive cost increases.

PLACE is due to complete construction by September, but Velasco said he hoped Via Sol would be able to accommodate tenants this summer.

The latest extension gives PLACE until June 2023 to complete the E-Generation facility, an adjacent 10,200 square foot vertical greenhouse and green energy space for urban agriculture. The solar-powered facility will compost food waste on site for organic produce to be grown and sold at Via Sol.

The nearly 4-acre site includes an urban forest with a children’s playground and public art. Velasco said the space once intended for a retail and bicycle repair store will instead be used to sell the organic foods grown there.

The housing community is adjacent to the Cedar Lake Trail and the future Southwest Line, making it possible to live in Via Sol without owning a car, Velasco said.

The developers signed a contract with the city in 2017, but Via Sol only opened the way in January 2020. Ambitions were even higher for the site at the start.

PLACE was planning a six-story hotel with 110 rooms and another mixed-use building with 81 units and a cafe, but the $ 55 million addition at the south end of the property was mutually terminated by the developer and the city â€‹â€‹in 2019.

St. Louis Park plans to work with another developer on this part of the site to provide more affordable housing along the future Southwest Line, which has also been delayed. Spano said he joked with people that light rail service would be available by the end of his first term as mayor in 2020. Now, he said, the city will have it. ‘by 2028, the end of what he hopes will be his third term.

Spano said he remains a supporter of Via Sol and that PLACE is not a large developer with deep pockets who can fund the project.

â€œThis is the first time that I know that we have undertaken something this big with a nonprofit developer,â€ he said.

PLACE finalized all remaining funding for the project this week, having recently secured an additional $ 10 million in bonds. In 2018, city council approved approximately $ 3.4 million for PLACE in Tax Increase Financing (TIF), which will be generated by the completed project and paid for through the developer’s semi-annual property tax payments.

No general city funds have been committed to the development, but the Economic Development Authority has authorized PLACE to pay part of its land purchase over a 10-year period. City officials said PLACE made regular monthly payments on the deferred loan.

Despite the setbacks, Velasco said the waiting list for people wanting to live in Via Sol is growing.

â€œWhile this might not be everyone’s cup of tea, for people who want to live in a place like this and have their own organic food grown on site and 100% renewable energy, it doesn’t ‘there is no place like that, “he said. “So I think we’re really making a dream come true for a lot of people looking for a community like this.”