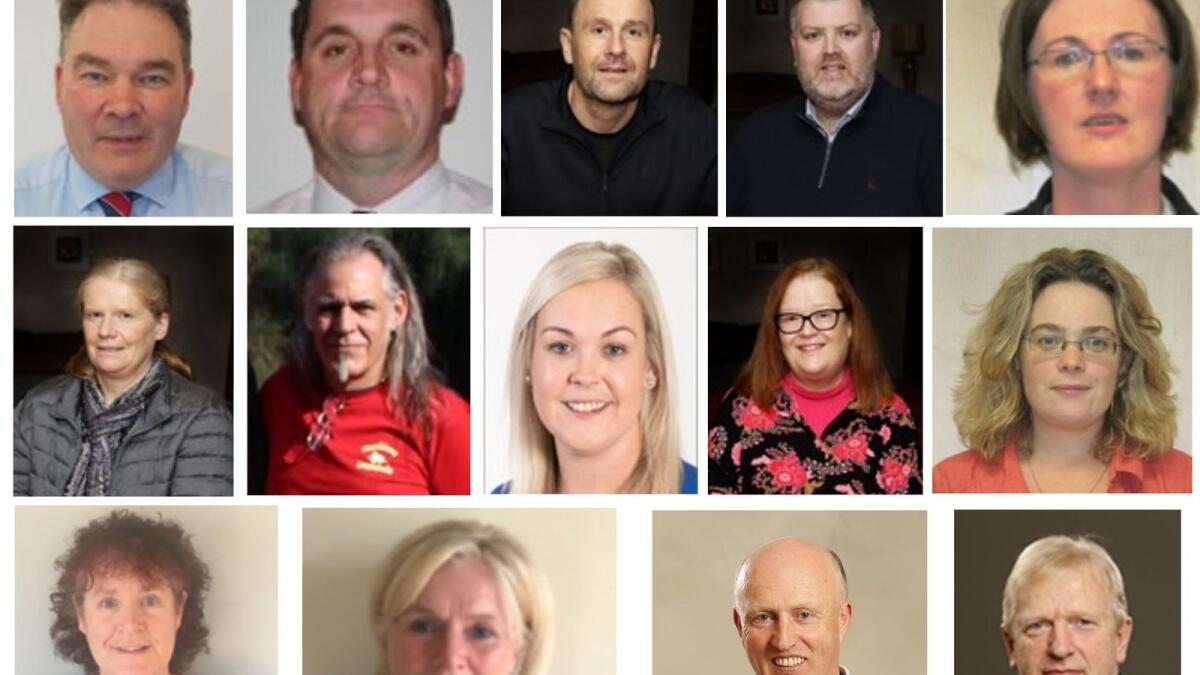 Offaly Sports Partnership held their first general meeting of their new board on Wednesday February 16 at the Tullamore Court Hotel. The new management committee is made up of 14 strong members drawn from local government, statutory bodies and volunteers with sport backgrounds and a genuine interest in growing sport participation; and oversee the implementation of the Offaly Sports Partnership’s new strategic plan.

Of the 14 members, seven are newly recruited to the management committee; while the other seven have served on the committee in the past.

The following members were also elected at the meeting:-

Representative of Offaly County Council on the Executive Committee –

Robert’s sporting background is in rugby. He was chairman of Leinster Rugby for the 2015/2016 season; and during this time started a club volunteer program, as well as the “Sean O Brien Hall of Fame”. He continues to manage the Leinster junior rugby team

Jude Feehan – one of the oldest members of the Offaly Sports Partnership, Jude has a strong sporting background with stints in athletics, badminton, community games, GAA and rugby at club, county, provincial and national level.

Jude has also served as Vice President of Sports Partnership for the past several years; and has been heavily involved in advancing work in the area of ​​governance.

Joe Meegan – representing Shannon Midlands/Midwest University of Technology, Joe is a Lecturer in Sports Management and Sports Coaching at the Athlone campus. He is also a tutor at Sport Ireland and focuses on coaching children in sport. In his spare time, he volunteers at St Francis Football Club in Athlone; and likes to run long distances

Seán Campbell – representing the private sector, Seán works for Signify Ireland Ltd as an Electrical Engineer and is in the process of qualifying as a Chartered Engineer. He holds a master’s degree in energy management and a degree in electrical engineering; and designs energy-saving solutions for local authorities and private companies.

Seán’s sporting background is in GAA in Donegal; playing minor football and pitching for Aodh Ruadh, Ballyshannon. He also played rugby for Ballyshannon in the Ulster Leagues for over 14 years at junior and senior level; won an All-Ireland Colleges Medal with DIT Rugby; and coached a women’s rugby team and minor rugby and hurling teams in Donegal.

Ann Dillon – Ann is the Chief Executive Officer of the Offaly Local Community Development Committee (Offaly LLCC), which is the parent body under which the Offaly Sports Partnership is incorporated. She is responsible for the Community and Culture section within Offaly County Council, which hosts the Sports Partnership; and was previously Head of Corporate Services, Housing and Human Resources, Offaly County Council.

Her professional background is in community and local development; while his sporting background is that of camogie, squash and volleyball.

Cllr Clare Claffey – representing Birr Municipal District, Clare lives in Banagher with her husband and children where the family is involved in camogie, hurling, Irish dancing and football.

She champions services for families and people with disabilities; and strongly believes in the value and importance of sport for health and well-being.

Cllr Danny Owens – representing the Municipal District of Tullamore, Danny has been involved with the Offaly Sports Partnership for several years. He has also served on the board of directors of Sport Ireland.

A keen thrower with his native Kilcormac/Killoughey, he was a member of the first Offaly Senior Hurling team to win an All-Ireland final in 1981. He won two All-Ireland medals, five Leinster medals and a National Hurling League medal .

Clodagh Armitage – representing the Health Services Executive, Clodagh is a Health Promotion and Improvement Officer. Her professional background is in the promotion of physical activity and health sciences; while his sporting background is hockey. She played hockey at the international school level; and continues to coach and officiate with the Tullamore Hockey Club.

Clodagh is interested in supporting the work of the sports partnership to increase participation in physical activity with a particular focus on walking and cycling for all ages and abilities in Offaly.

Van Gillessen – one of the newest members, Van has always had a passion for adventure sports and the outdoors. With 20 years experience as a Canoeing Ireland qualified Level 3 canoeing instructor, he is based in the Midlands but has taught both nationally and internationally.

In 2003 he established the Tullamore Canoe Club; and is the current president. More recently, he created ‘Paddle Together’, a social enterprise working with Grand Canal Adventures in Daingean, Edenderry Canoe Club and Tullamore Canoe Club to promote canoeing and kayaking sports in the community. He also works as a canoe/kayak coach for the Special Olympics, helping Tullamore Canoe Cub athletes compete nationally and internationally.

Van strives to encourage all people, regardless of ability, to participate in paddling adventures

Breege Loftus – one of the newest members, Breege has been involved in the sport all his life; different sports at different stages of life and in different abilities. It’s kept her active, reasonably fit and it’s a great social way to meet lots of different people.

In her role on the Offaly Sports Partnership Management Committee, she intends to champion social sport for all, with a particular focus on older people who feel they can no longer play or participate. For her, social sport is about community, inclusion and fun.

Ciara Ní Chéilleachair – one of the newest members, Ciara has been involved in a variety of sports throughout her sporting career including athletics, community games, women’s Gaelic and rowing.

Since 1985, she has competed at all levels in rowing; and was the first woman to represent Ireland at the World Youth Championships in 1989. She has coached and team manager for the National Under-23 Team, World Student Games and World Senior Championships. She has also served on the Rowing Ireland High Performance Committee and the Leinster Branch Committee.

Ciara wants to encourage everyone to participate in sport

Eileen O Neill – one of the newest members, Eileen joined Tullamore Golf Club on her retirement; and within a very short time became heavily involved in the junior section of the club. Appointed Junior Girls Leader, she worked on the Junior Committee and in tandem with the Junior Boys Leader to make the game of golf accessible to all juniors.

As well as her involvement with junior girls at her own club, Eileen has worked with the Offaly Junior Golf Academy since its inception; and as a member of the Academy Committee, he was instrumental in developing the systems and structures to enable the smooth running of the Academy in the advancement of golf for juniors in Offaly.

Eileen is particularly interested in promoting women’s golf within her club and the academy. In addition to her selection to the management committee of the Offaly Sports Partnership for the period 2021 – 2025, she continues to support the development of junior golf within Tullamore Golf Club and the Offaly Junior Golf Academy.

Carol Scott – one of the newest members, Carol is a Registered Midwife and Nurse. Her interest in sports stems from her daughter’s passion for sports. His daughter swims, competes in track and field, plays basketball, and kayaks and canoe polos with the Tullamore Canoe Club.

As well as being a busy mum on the go, Carol is a volunteer with Special Olympics supporting her daughter’s participation in the above range of sports. She hopes to represent people with disabilities on the committee, making the sport more inclusive for everyone.

Ray Spain – one of the newer members, Ray is best known for his involvement in hurling. He played for Birr, where he grew up; and for Drumcullen, Tullamore and Offaly. He also played interclub tennis, basketball, golf and badminton. More recently, he has been involved in coaching and managing various sports including camogie, hurling, hockey and squash.

Ray has served on various club committees; and is an active walker, cyclist and golfer.