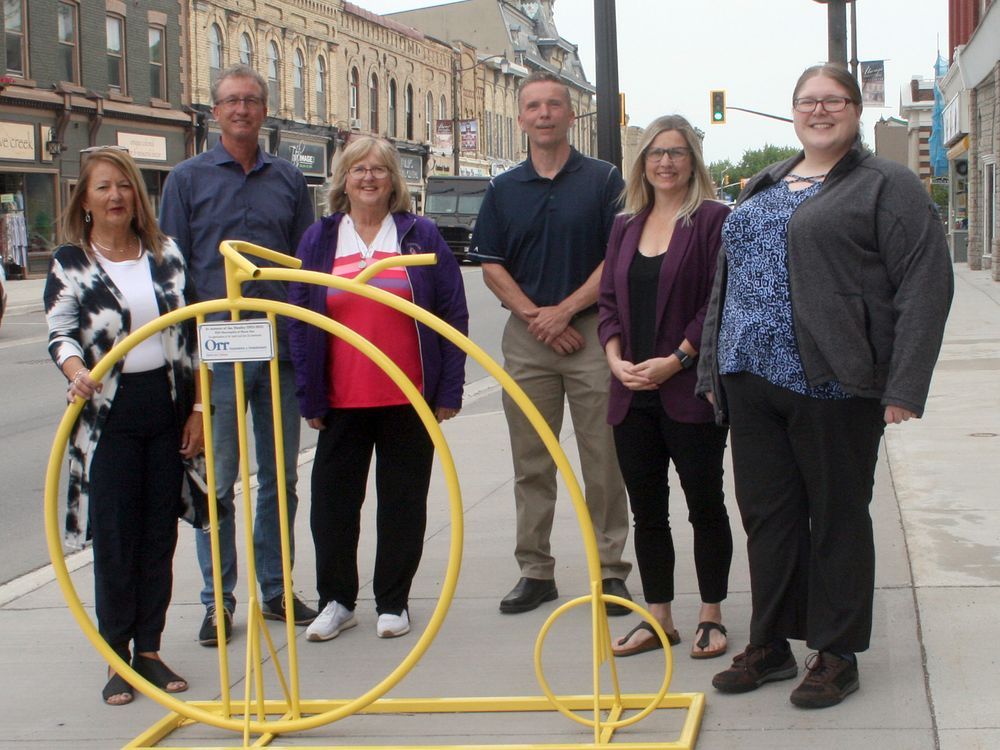 A new bike rack in front of Seaforth Town Hall not only encourages shoppers to cycle downtown, it honors a much-missed member of the community.

The bike rack, which is shaped like a penny, was installed this spring in memory of Jan Hawley, former Economic Development Officer for Huron East who died suddenly in March 2021 at the age of 68. Hawley has worked tirelessly to promote Huron East and his award-winning work has been recognized by the Economic Developers Council of Ontario.

Orr Insurance and Investment, which has multiple locations including Seaforth, covered the cost of the bike rack. The company had already covered the cost of three other bike racks installed in Seaforth town centre, but Jeff Orr decided he would like to see a special bike rack made and installed in Hawley’s honour. He told the exhibitor that the society wanted to do something for its 125th anniversary and also wanted to honor Hawley in front of City Hall.

The bike racks were made at Sharp’s Creek Forge in the Goderich area.

A plaque on the new bike rack in front of City Hall says it was placed in Hawley’s memory “in recognition of his spirit and love of the community”.

Agar said the BIA was grateful for Orr Insurance’s gesture to pay for the bike racks.

How to crush your local climb and beat your PB!

Measures to help the economy – Latest News – The Nation