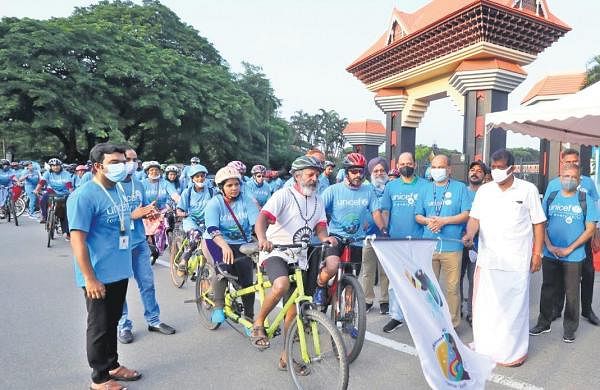 THIRUVANANTHAPURAM: Children and youth in Kerala should lead the movement for environmental conservation and restoration, Minister Antony Raju has said as he launched the cyclathon organized as part of ‘Nambu’, the climate conclave for children and young people, Sunday.

The event was held as part of the “Climate Assembly” to be organized by UNICEF and the Kerala Legislative Assembly on Monday at the Kerala Legislative Complex. The state was hit hard when Cyclone Ockhi hit its shores in 2017 and during floods in 2018 and 2019. It is important to educate young people about natural disasters and learn how to survive and adapt to them.

The new generation has taken measures such as the use of green vehicles to combat increasing air pollution. “The Climate Conclave will set an example and mark the start of such movements in Kerala,” the minister said.

75 cyclists from all over the capital representing different cycling clubs in the city took part in the Cyclathon. The “climate assembly” aims to ensure the participation of children and young people in the prevention of hazards due to climate change in the State.