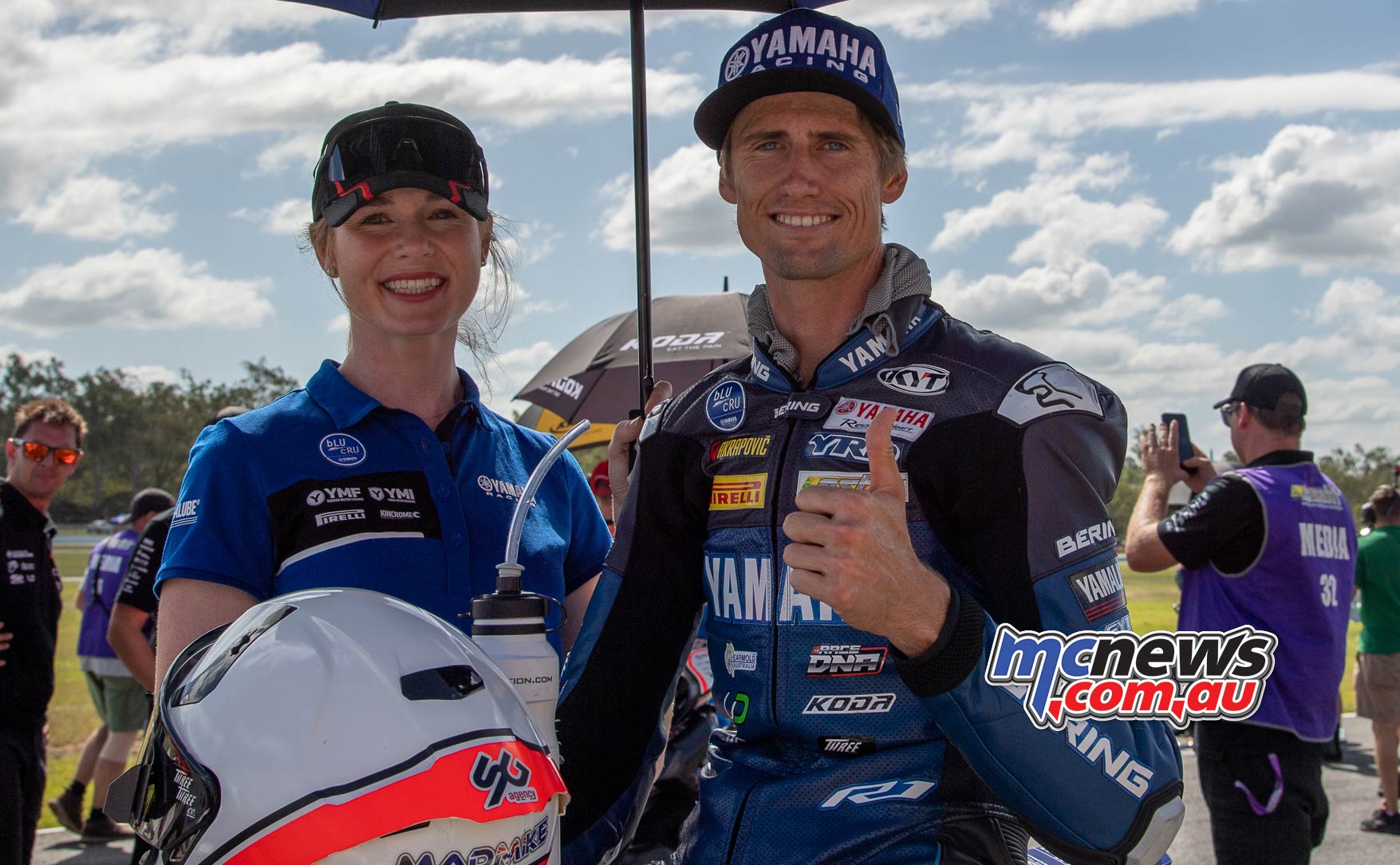 We caught up with Mike Jones recently as the Championship leader was testing at Wakefield Park. Rain interrupted day two of the two-day test scheduled for last week, but the 28-year-old was on the test circuit again this week as he further refined the YRT YZF-R1M ahead of the third round of the Mi-Bike motorcycle. Insurance Australian Superbike Championship at the Goulburn venue later this month.

Mike Jones: “Yeah, look at the Yamaha R1 for me, it’s just… I’m adapting well to it, I feel quite comfortable on the bike. I think this was going to be the ultimate test, get away from a track that I know very well and know very well (QLD Raceway), and take this package to another circuit and straight here we are in the 57 low and really only half a second off my personal best here. So for me it’s a very big achievement because we lost the first half of today with the weather conditions being quite rainy and humid. So in the two sessions that we had – you know my team leader Dylan – we had a plan, we worked on quite a lot of things to be honest, and we got a very clear direction for me. Obviously, we will try to do the test tomorrow, but the forecast calls for rain. If that’s not possible, we have a very good direction for the race.

Trev: In that first session where you did a few laps in the dry, you looked quick from the start, so it doesn’t look like the Queensland circuit will be unique?

Trev: Did you try a different tire in that last session there in cold conditions?

Mike Jones: “We have the two Pirelli control tires here to test today, and we backed both, one is better for the heat and the other is a bit better for the cooler temperatures, we just wanted to see how it was affecting our bike, because if this is going to be the kind of condition we will be in, in race condition, in a few weeks, we need to know what our options are in terms of tyres.

Round three of the 2022 Mi-Bike Motorcycle Insurance Australian Superbike Championship comes to life on the weekend of April 23-24 at Wakefield Park, Goulburn, NSW.