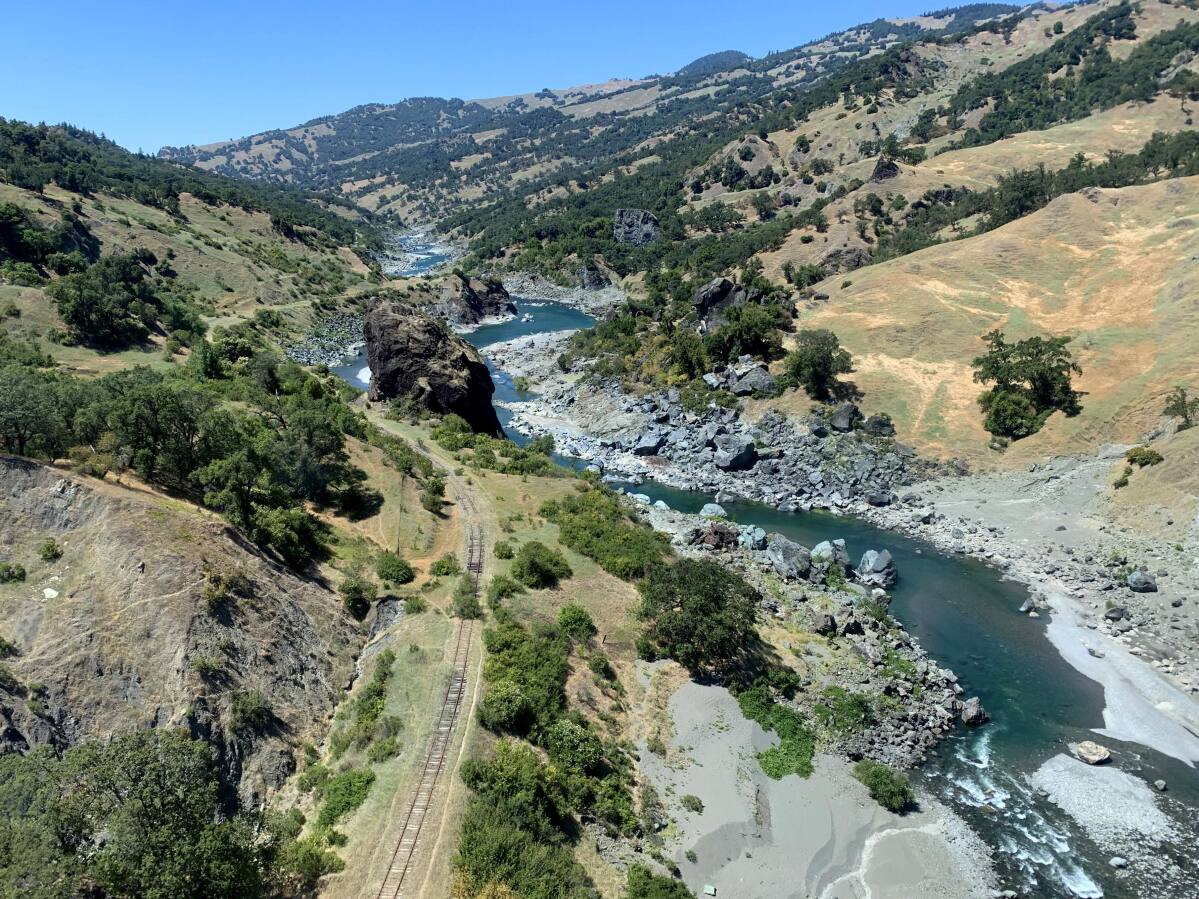 A secret plan to transport millions of tons of coal through the Sierra Nevada, through Sonoma County and then north to Humboldt Bay received a heavy blow on Monday, when the California Senate overwhelmingly passed majority a bill preventing the use of public funds for the project.

Drafted by Sen. Mike McGuire, D-Healdsburg, the bill prohibits the state from spending money to initiate improvements on the now-defunct North Coast Railroad line north of Willits. It also prevents the expenditure of public funds for potential new bulk coal terminal installations at the Port of Humboldt. The bill passed 33-2, and is now moving through the state assembly.

“The proposed toxic coal train is an environmental disaster in the making,” McGuire said in a statement. The coal shipments would travel “through the heart of our thriving communities, ancient redwoods, and directly along the banks of the Eel and Russian Rivers, which are the main source of drinking water for nearly one million residents. It is crucial that we stop this dangerous proposal – it transcends politics, and I am grateful for the bipartisan support.

If allowed to proceed, the coal shipping project would also pose an existential threat to the Great Redwood Trail, a 316-mile cycling and walking route envisioned to one day connect San Francisco Bay to Humboldt Bay. .

The plan to haul coal on the now-ruined railroad was unveiled in August, when a newly formed limited liability company opposed California’s efforts to convert the abandoned tracks into a recreational trail. This mysterious company, the North Coast Railroad Company, has filed documents with the US Surface Transportation Board, a federal agency that oversees freight rail transportation, saying it has $1.2 billion in funding to restore the abandoned rail segments that run through the area, including the remote, slide-prone Eel River Canyon.

The prospect of coal trains passing through northern California towns and villages and along the Russian and Eel rivers has since sparked widespread public outrage. In September, officials from the Humboldt Bay Port District, which regulates port facilities in the bay, essentially declared the coal project a no-start.

“We have no intention of spending time looking at the feasibility,” District Manager Larry Oetke told The Press Democrat. “I don’t want to give him credit.”