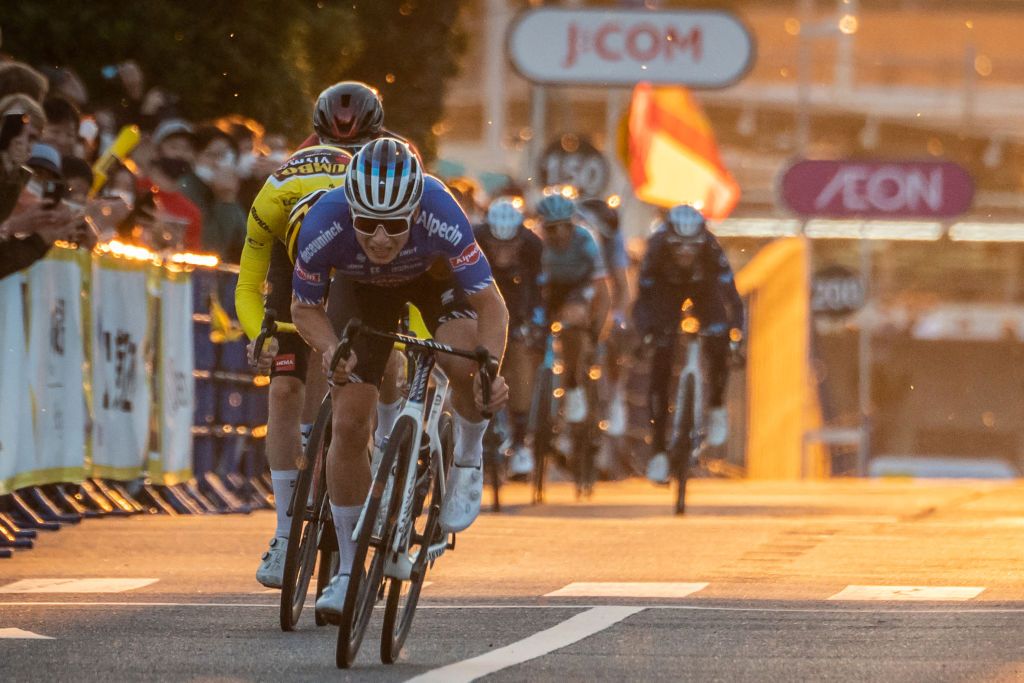 Victory at the 2022 Tour de France Saitama Criterium went to Jasper Philipsen (Alpecin-Deceuninck), the Belgian sprinting to the line from a six-man group.

Philipsen, who won two stages of this year’s Tour de France including the final on the Champs Elysees, was a popular “winner” of the exhibition event, which sees Tour stars on display in Japan.

The event took place on a short circuit around the Tokyo suburb of Saitama, with each lap taking riders through a packed audience into the JSports arena, where Guns N’ Roses were preparing to play that night. .

The ‘race’ was led by a two-man breakaway with recently retired veterans Vincenzo Nibali and Alejandro Valverde. With 10km to go, however, their escape came to an end, with Valverde delivering a well-choreographed handshake to his compatriot.

That left a group of seven ahead, with Philipsen, Vingaard, Thomas, Chris Froome and Enric Mas the five riders chasing. Thomas attacked on a kicker out of a tunnel to spark a brief two-man move with Mas, before heading off again when things settled down.

This turned out to be the final selection, as Thomas went down the line with Vingaard and Philipsen. The Belgian would have won convincingly in any normal scenario and so it was here.

“I wasn’t against the strongest sprinters but they are strong runners,” he said. “I’m happy that I was able to finish it in the sprint.”

Mark Cavendish, a Japanese fan favorite. cleared of the peloton behind.