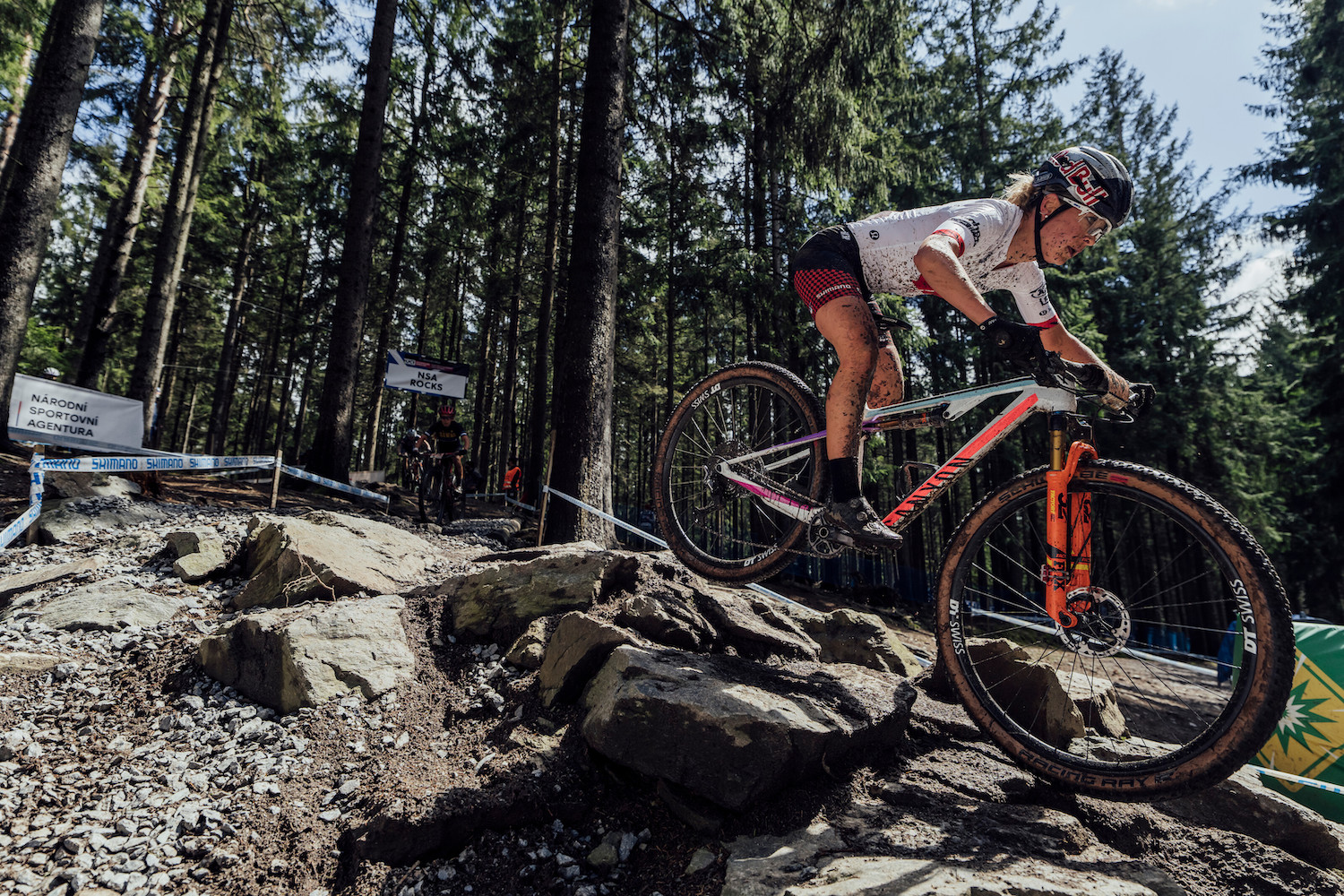 The Cross Country World Cup season is in full swing and, just days after a thrilling race in Albstadt, the circus continues to roll on to Nové Město.

It’s the third round of the 2022 World Cup and there are already several stories playing out between the tapes. Will Nino Schurter finally beat Julien Absalon’s World Cup victory record? Will Tom Pidcock continue to drive the men’s elite? Can Rebecca McConnell continue to dominate elite women’s racing? Who will step in to get Canada back into the top 20 in the elite?

The elite races will be broadcast live on Red Bull TV all weekend from Friday’s XCC Short Track. See the full program below.

Always a favorite of the drivers, this year will see the fans return in force to Nové Město na Moravě. It’s no small thing in this iconic World Cup venue. With a huge grandstand lining the start and finish straight and thousands of fans lining the course through the woods, the crowds are a big part of what makes this event so special.

The course is another important factor, of course. Rooty, rocky and technical in places. Fast, fluid and filled with jumps in others. It is a well-rounded venue that challenges runners to excel in all aspects of racing. And, for 2022, organizers have a few course changes in store to keep riders on their toes.

Nové Město is a place where Canadians have excelled in the past. Haley Smith (Maxxis Factory Racing) made the podium in 2019. Emily Batty (Canyon MTB) finished fourth there the previous year.

On the men’s side, Sean Fincham (Norco Factory Team) was in the top 10 twice in the Under-23s at Nové Město and looks set for a solid result after Albstadt. Gunnar Holmgren (Pivot Cycles-OTE) had the best Canadian elite men’s result this year, however, at his first elite World Cup race in Brazil.

The Under-23 World Cup and UCI Junior Series races will not be broadcast live. It’s a shame, because that’s where Canada has some of its best chances of getting a big result this weekend.

Carter Woods (Norco Factory Team) won at Nové Město last year. The Vancouver Island racer finished seventh last weekend in Albstadt, and the Czech technical background better matches his strengths, so he’s set for another strong showing. Emilly Johnston, also from Vancouver Island and who was racing for Norco, finished 13th in Albstadt and continues to climb the ranks as well.

For an additional year, the World Cup elite cross-country races in Nové Město will be broadcast live on Red Bull TV. Follow the Under-23 results live, but not streamed, on the UCI Race Hub.