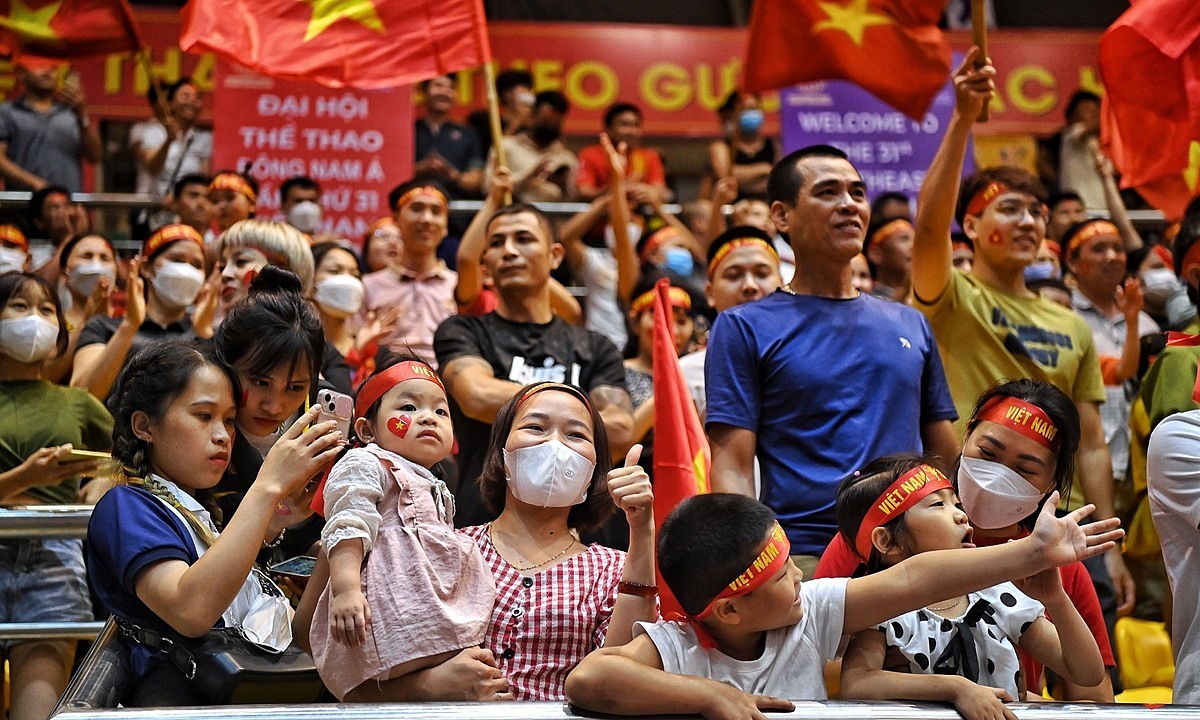 Local fans are a big part of SEA Games 31 with their endless support for athletes anytime, anywhere.

On May 16, many fans stood on Tuong Hill, Hoa Binh to watch and support Dinh Thi Nhu Quynh in the cross-country cycling event. Quynh responded to the fans by winning the gold medal for Vietnam.

“Nhu Quynh is the golden girl of Vietnamese cycling. It’s a rare opportunity for us to see her compete at home, so we gathered here to show our support,” said Phan Thanh Quy.

A little fan was taken by her family to Cam Pha stadium in Quang Ninh on May 14 to watch Vietnam take on Cambodia in the women’s football group stage.

A total of 16,000 seats at Cam Pha Stadium were painted red and yellow. The atmosphere could be called incredible and Vietnam won the match 7-0.

Also on May 14, 12 consecutive finals in different events including kickboxing were held in Bac Ninh. When the final match between Nguyen Quang Huy and Thailand’s Chai Valsiripattanachai started at 11:30 p.m., many home fans were still there to show their support.

And Huy did not disappoint. He beat his opponent 3-0 to win the gold medal. After winning, Huy bowed to thank the fans on all four sides of the stands.

On May 13, when Vietnamese rowing won consecutive gold medals, many fans came to the Thuy Nguyen Aquatic Center in Hai Phong to create an atmosphere similar to a soccer match.

Two fans holding Vietnamese flags walk back and forth to warm up the crowd.

During the men’s soccer match between Vietnam and the Philippines on May 8, fans in stands B and C had their own way of showing their support by throwing paper towels. This type of cheering is popular in South American countries like Brazil and Argentina, but rare in Vietnam.

The rain at the end of the match softened the paper and made them all soft, which was difficult to clean, although many fans stayed to lend a hand.

Many students from a kindergarten near Dai Yen Arena in Quang Ninh came to cheer on the women’s volleyball team on May 13, as Vietnam won 3-1 against Indonesia.

Thousands of fans erupted in joy when Nguyen Tien Linh scored the winning goal for Vietnam against Malaysia in extra time of the SEA Games semi-final on May 19.

Discover all the Vietnamese and international news

You can cancel at any time