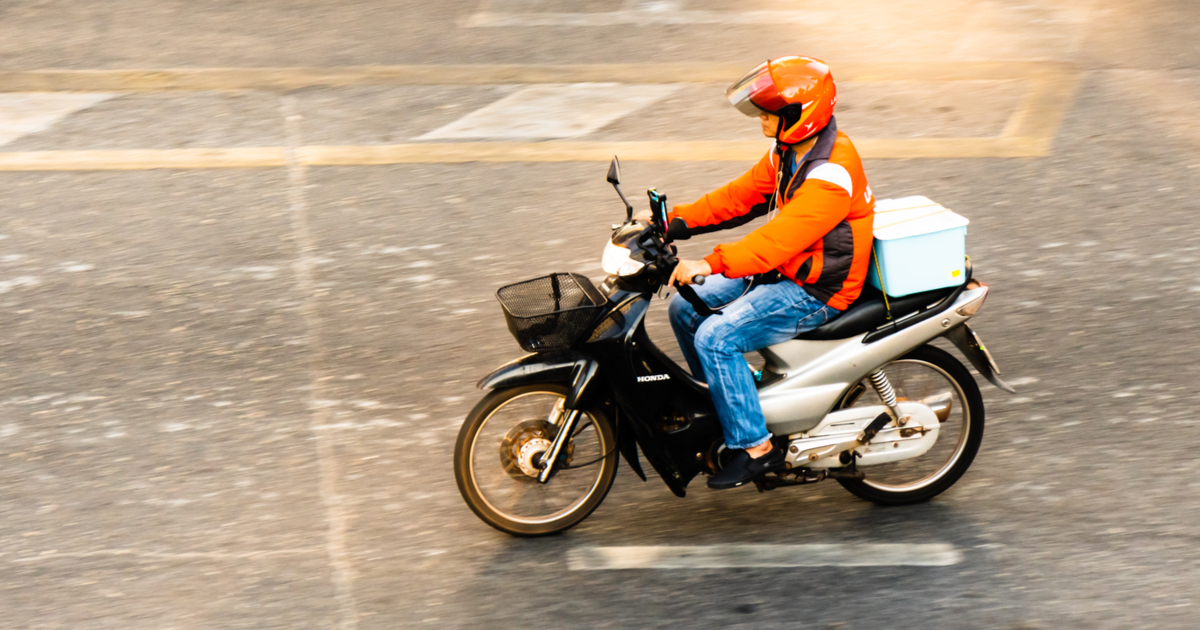 Imagine: it’s 1967 and the legendary stuntman Evel Knievel prepares to jump with his motorcycle over the fountain of Caesar’s Palace. Everything is fine. A big crowd, lots of excitement and news crews were there to take the picture. Kneivel revs his Triumph T100 then accelerates for the ramp. He clears the fountain and is about to land when he loses his balance and begins to roll madly along his motorcycle which tumbles like a grapefruit-stuffed scarecrow. He breaks a shitload of bones and spends the next few days in a coma.

Flash forward to 2022. Tyler Barry is just trying to get by in the big city of New York. Sometimes he delivers important legal documents across town. Sometimes he tries to offer a burrito to a stoned NYU student. Tyler drives in and out of double-parked cars, moves trucks around the bike lane, and Ubers suddenly stop to look for an address. All is well until the electric scooter asshole crosses the street without looking. Bam! Tyler ends up with a cracked rib after being thrown over his handlebars.

So who wore it better? Evel Knievel had a team of paramedics and emergency personnel ready to descend at a moment’s notice. Tyler had to walk away for a few blocks and try to ignore the stabbing sensation in his side for the next few weeks. Knievel had sponsors to cover his medical expenses while he recovered. Tyler wrapped his abdomen in a thick layer of gauze and tried not to breathe too hard. You see, Tyler only earns a little over minimum wage and to pay for government health insurance he would have to shell out more than half of his monthly salary. To be able to pay the COBRA payments offered by his last job, he would have to take out a small business loan to cover the premiums.

So who is the real daredevil you might ask? I think we all know the answer.