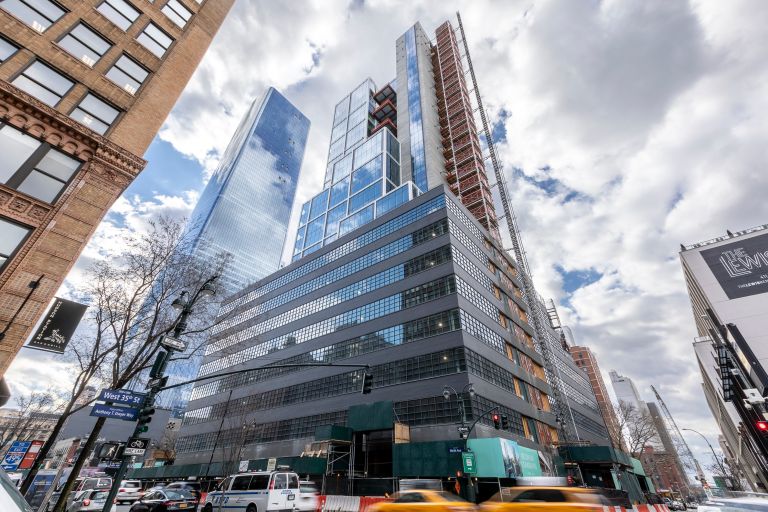 As the year draws to a close, the pages of Commercial Observer are filled with offers crossing the finish line before the clock strikes midnight on New Years Eve. And some of those offers are whale-watching rather than minnows.

the $ 1.03 billion in sales – New York City’s biggest investment sale by dollar volume since 2019 – closed on Friday, December 17, as first reported by CO only earlier today. The sellers were Cove property group and Baupost Group.

Honoring the past while embracing the future, the 25-story office and retail building at 441 Ninth Avenue incorporates a former eight-story warehouse – built in 1962 and converted to an office in 1983 – with a new 17-story high-tech building.

Cove and Baupost bought the asset five years ago from EmblemHealth for $ 330 million. In 2017, the partnership obtained a $ 479 million construction loan from Apollo commercial real estate financing and began a creative adaptive reuse redevelopment of the property, refinance it in 2019 with a Refinancing of $ 724 million from Blackstone Mortgage Trust.

Located next to Moynihan Station and close to Hudson Yards, the LEED Platinum certified property offers outdoor space on most floors and stunning views. Facilities include a 9,000 square foot lounge and conference center, upscale bicycle storage and state-of-the-art technology.

A Deutsche Bank official did not immediately respond to a request for comment. CBRE officials declined to comment.

Cathy Cunningham can be reached at: [email protected].

Brendan Quirk takes over as CEO of USA Cycling