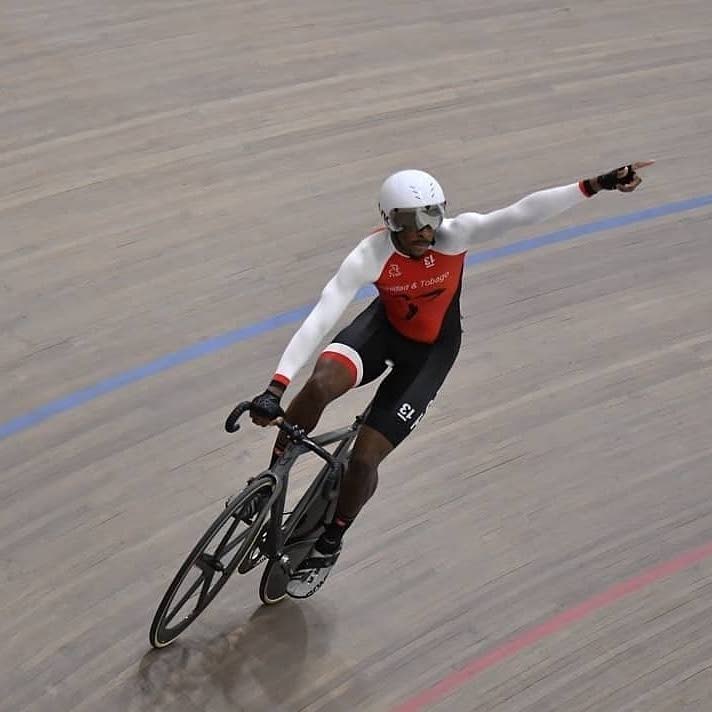 Akil Campbell (PSL) added four more golds and a silver to his tally from the 2022 Easter International Cycling Grand Prix when the action culminated at the Arima Velodrome on Sunday.

Campbell extended his dominance of the elite one category as he led the field in the men’s elimination race, the two-, four- and eight-lap events. His lone silver of the night saw him finish behind Vincente Martinez (The Braves) in the final event; a 30 spin invite.

After three nights of intense racing, Campbell came away with 11 golds and two silvers, and was voted top elite cyclist.

In Sunday’s elimination, he beat veteran roadster Adam Alexander (Raiders), Tariq Woods (Evolution) and Zion Pulido (Rigtech) respectively. In both rounds, he won ahead of Pulido, Alexander and Jymes Bridges (DPS) in that order.

He later won the eight-round event as Woods, Alexander and Bridges completed the top four respectively. And in the four rounds, silver went to Bridges, bronze to Woods and fourth place to Pulido.

Martinez, however, edged out Campbell, Alexander and Woods in the feature. The Braves rider also won gold in the two- and four-round Masters 40+ events.

In the women’s division, Phoebe Sandy continued her dominant run on the local circuit as she pedaled to gold in the junior elimination – ahead of Alexia Wilson (AWCC) – and the open race – ahead of Adrianna Seyjagat (AWCC) and Kanika Paul. -Payne (PSL) respectively.

Additionally, after three days of competition, Rigtech Sonics was named the Most Outstanding Club.

On Monday, TT Cycling Federation racing secretary Claire Orr sent a statement thanking “all clubs, cycling supporters and supporters for their support in making this a most memorable and successful event”.

The best cyclists of the Easter Grand Prix

What Are Ideal Business Uses for a Commercial Loan? Signature Loans