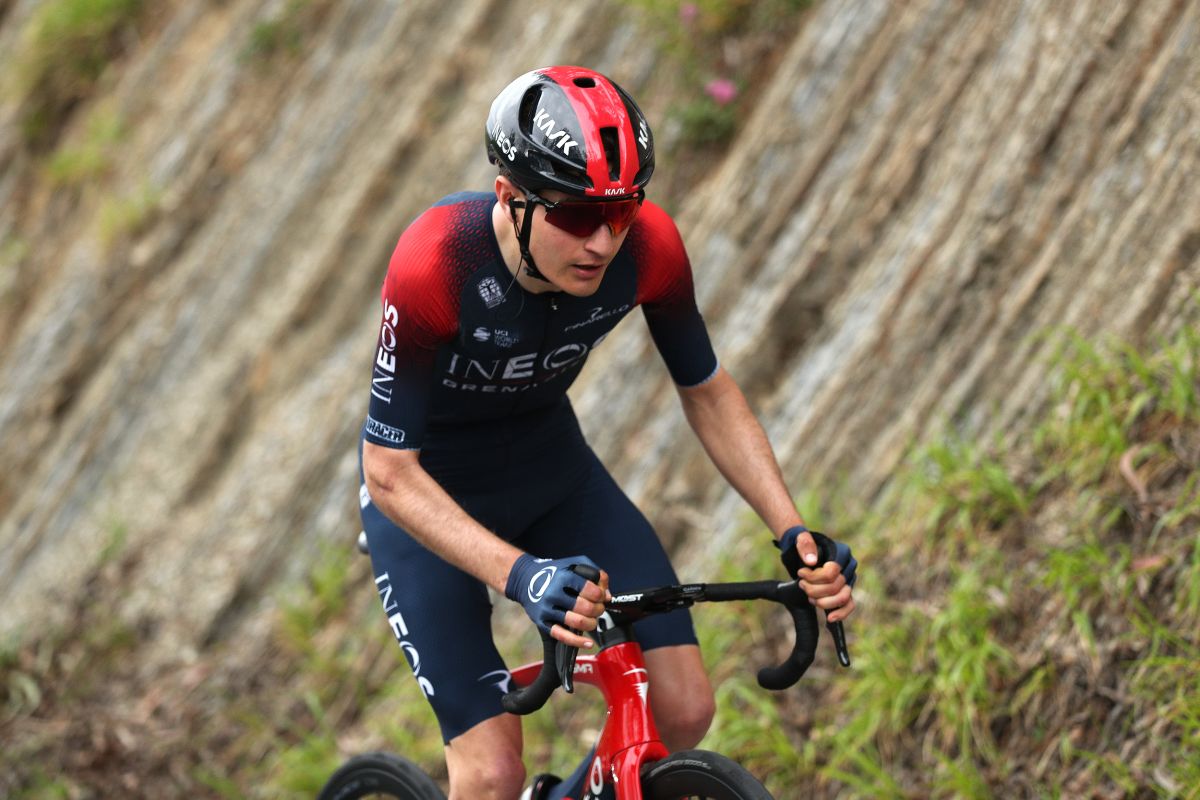 ‘Cycling fans want to see the spectacular’: Carlos Rodríguez proud of how he won the Basque Country in a breakaway

By winning the fifth stage of the Tour of the Basque Country, Carlos Rodríguez became the second Ineos Grenadiers rider in two weeks to win a long-distance breakaway, with the Spaniard saying the win was exactly how he wanted to race.

The 21-year-old has been in fine form this spring with good GC placings in all three Spanish stage races he has contested, but his victory in the rain on the steep slopes of the village of Mallabia on Friday was his first triumph professional. .

He attacked with 100 km and seven climbs to participate in the penultimate stage of the Basque Country, and an hour later the small group of breakaways was reduced to him and Marc Soler of UAE-Team Emirates, Rodríguez attacking later his compatriot on the penultimate climb and holding the line.

Although different, he had nuances from Richard Carapaz’s outstanding win in the recent Volta a Catalunya, with the Ecuadorian attacking 125km from the line with Sergio Higuita.

“I like to give it my all,” Rodríguez said afterwards. “Attacking from afar… we’re here in the cycling world, that’s what we like. We like to see the spectacular. That’s what the fans appreciate, and I think that’s the main thing in cycling.

“To be honest, I have no words [for his win]. I don’t think I’ve realized what I’ve done yet. It’s my first professional victory in such an important race with so many fans here. I couldn’t imagine starting in a better way.”

The Andalusian has been on Ineos’ books for three years, jumping the U23 ranks to join the WorldTour squad at just 18. After two seasons of learning, he has developed a lot in the first months of the current campaign, and he has revealed his side have backed his aggressive run.

>>> Elated Remco Evenepoel: “I’m really proud to finally be up there with the big guns”

“The team gave me the freedom to try for the stage today and in the end I was able to achieve what I wanted,” he said. “I’m really happy and very grateful for the work they are doing, for the support they have given me. This victory is also for them.”

He added: “It was quite a difficult start to the stage today, like yesterday, where everyone wanted to be in the breakaway.

“I was lucky to be able to get there but it was a bit difficult [at first] because there were guys there on the GC so we had to look for another attack. In the end it was just me and Marc in the lead, but we couldn’t finish together. He did an amazing job – it’s just a shame they caught him.”

Official inauguration of the Pomingalarna cycling complex in the presence of local politicians, Wiradjuri women and the cycling community | The Daily Advertiser

How a Cozy Illinois Town Rejuvenated Its Unsightly Downtown Buildings