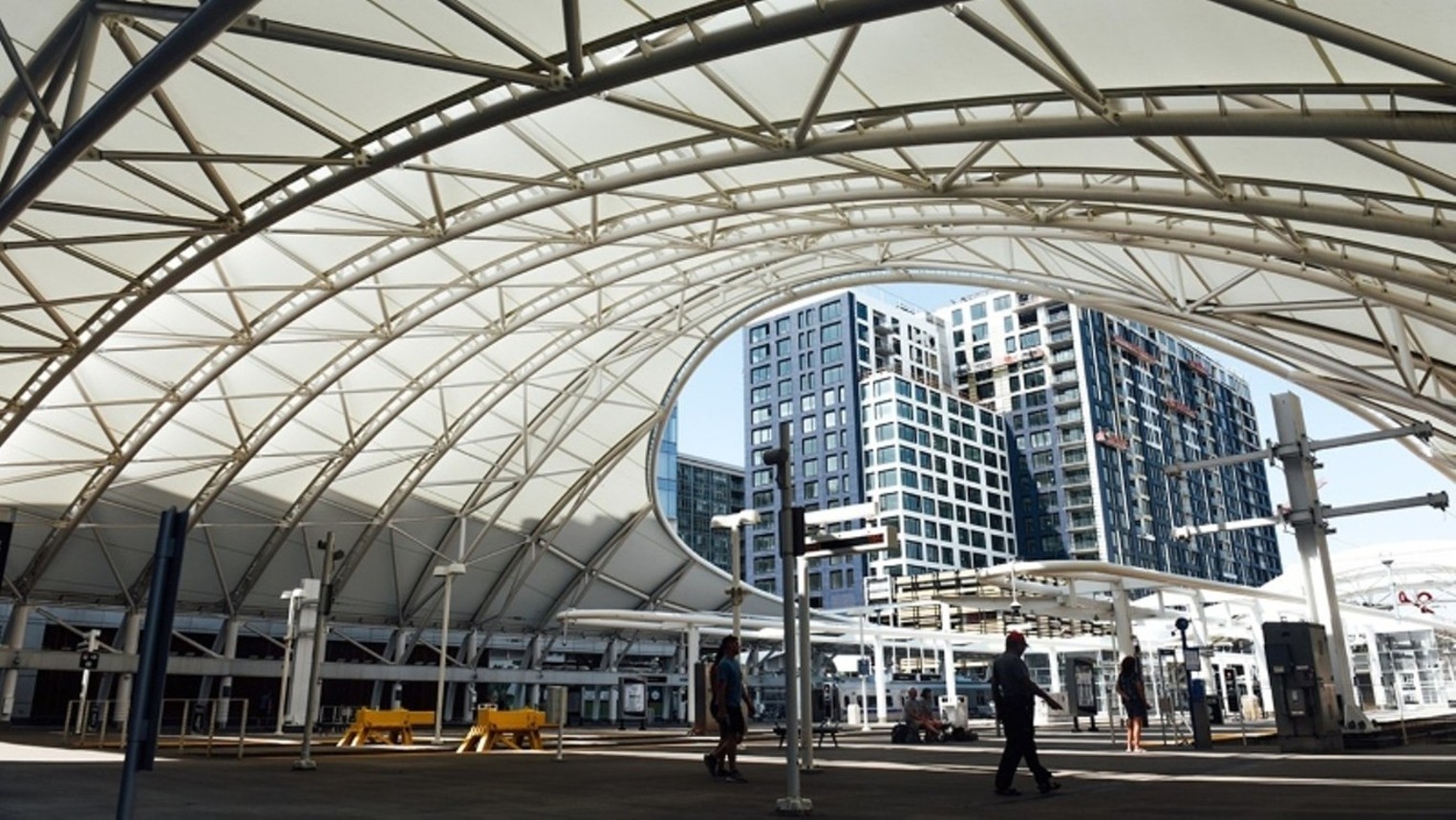 Since undergoing a $54 million renovation and grand reopening in 2014, Denver Union Station has been the bustling heart of downtown travel and commerce. Thirty thousand visitors pass by each day to visit the luxurious Crawford Hotel as well as upscale restaurants and retail stores located beneath the iconic neon red letters illuminating the ground floor of the station. However, there’s another side to Union Station – a literal underbelly – that inspires far less respect than the grand structure above.

Union Station’s underground bus terminals located under the Wewatta and Chestnut pavilions on the east and west sides of the station, respectively, have become a haven for many city residents struggling with homelessness, substance use and untreated mental illness. Travelers now complain of being afraid to walk through the escalators from the pavilion to the confined bus depot, as they may face outdoor drug use, untreated mental health crises or even the violence. All the while, the upper level of Union Station remains a vibrant tourist destination.

How did these two sides of Union Station—the facade and the reality—come to coexist?

Of the more than 10,000 homeless people living in Denver, nearly a quarter endure the brutal reality of homelessness. The city and local nonprofits run a limited number of emergency shelters, which are often full, as well as transitional housing programs, many with waiting lists on the order of years. For a multitude of reasons, including the economic impact of the COVID-19 pandemic and high housing costs, Denver continues to experience increasing rates of homelessness. This, in addition to the overdose crisis, has created the perfect environment for a growing public health crisis that is straining the already frayed fabric of our city’s social safety net and forcing ever more people to seek their survival in public spaces.

Meanwhile, May 2022 marked the tenth anniversary of Denver’s unauthorized camping ban. While there was some leniency of this anti-homelessness ordinance during the early waves of the COVID-19 pandemic, the app is now back in effect. For example, last year city officials closed Civic Center Park, which had gradually become a de facto open-air camping space and a focal point for outreach efforts. As a result, the community of people gathered there were continually moved around the city until they finally landed at Union Station.

Union Station is a smart place for homeless people to congregate because of all it has to offer – public restrooms, access to places to charge phones and other devices, and most importantly, protection from the elements and four walls that give a sense of relative safety. But over the past year, RTD and Denver police have increased their presence around and inside Union Station in a widely publicized effort to “clean it up.”

In February, the Denver Police Department conducted a full-scale sweep of Union Station that resulted in 43 arrests, most for possession of drugs or low-grade paraphernalia. Under new leadership, the RTD Police Force announced plans to further expand their presence and visibility around Union Station to deter drug use and restore public order. But this influx of costly law enforcement resources does little to address the underlying causes of the unrest affecting Union Station — largely homelessness and substance use disorders. of untreated substances – and has only led to more trauma and violence among the people who take refuge there.

There are those who believe a different approach – a public health approach – is needed. A group of doctors, nurses and outreach workers from several nonprofits perform weekly outreach activities on the streets of homeless encampments around Denver. Since the homeless population housed inside Union Station has grown, these providers have brought their medical skills and equipment to the lower bus station, where they provide care for acute issues like skin infections and wounds as well as chronic conditions like heart disease and diabetes. If an underground bus station sounds like a less than ideal environment for the doctors, nurses and volunteers who sometimes provide life-saving medical care, it is. They would surely prefer to treat patients in well-equipped and private spaces rather than in a backpack. They go to see patients at Union Station because right now that’s where patients need the most help.

More police resources will not solve a public health problem rooted in homelessness. We must support efforts to invest in long-term solutions – affordable transitional housing, strong community mental health services, and equitable educational and career opportunities – so that Union Station, or elsewhere like it, doesn’t have to be the ‘last stop’ for people who have fallen through every other crack. Until then, people experiencing homelessness will continue to exist in public spaces, as will care providers doctors and volunteers dedicated to their care.

While Denver officials bear much of the responsibility for taking action to address the homelessness crisis, ordinary citizens also have an important role to play. Denver residents need to recognize that Union Station is part of a growing public health problem in our city. And the thing about a public health issue is this: it may not affect you directly. You might not be shopping at Union Station or traveling by bus, so you might think that what happens in the lower terminal doesn’t have much of an impact on your life from one one way or another. But, at the very least, every preventable hospitalization caused by a lack of clean, safe housing is costing the city’s taxpayers’ money – your money. Every incarceration resulting from an increased police presence too.

What happens in the lower terminal of Union Station affects us all, because the public health “public” is made up of individuals like us, and we, as individuals, are bound by the benefits and obligations shared by society. Public health is not only the responsibility of health researchers, health professionals or municipal authorities; it is the responsibility of each person who participates in this shared society. We all need to recognize homelessness as the public health crisis that it is and advocate for investment in long-term solutions to alleviate the pressures on Union Station.

Samantha Sills, MPH Epidemiology, is a General Internal Medicine Research Assistant, Anschutz Medical Campus. She would like to thank Dr. Sarah Axelrath for giving her the opportunity to follow, as well as reviewing and editing this article.

Westword.com frequently posts opinion pieces and essays on topics of interest to the Denver community on weekends. Do you have one that you would like to share? Send it to [email protected]where you can also comment on this piece.