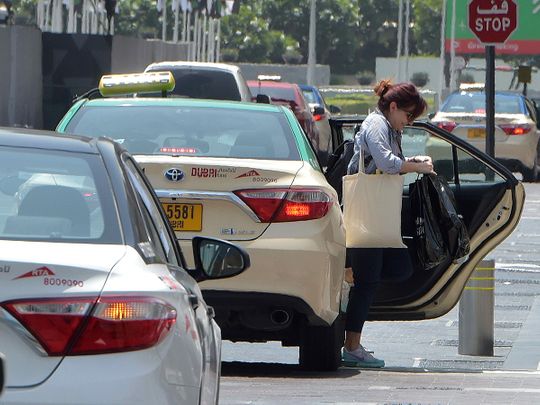 Dubai: If you’re having trouble hailing a taxi from the road during rush hour, Dubai’s Road and Transport Authority (RTA) has published a list of times at which customers should book a taxi online instead, to Avoid rush hour traffic.

On Monday, January 31, RTA announced new rush hour schedules in line with the new weekend change and advised commuters to book taxis online during these hours for a more convenient ride.

What are the new peak times for taxis?

Revised peak times, as per RTA’s announcement, are as follows:

If you are a regular user of taxis in Dubai, you may have noticed that the same journey – for example, from your office to the metro station – can be charged differently at different times of the day. This is due to peak hour fares that come into effect during times when taxis are most in demand. This includes morning and evening rush hour traffic, as well as weekends.

During off-peak hours, the meter starts at Dh5 for a regular taxi from Dubai. However, it may begin to Dh12 during peak hours, as well as if you book a taxi online.

How can I book a taxi online?

The RTA has provided various options for taxi users to book taxis in advance, to avoid waiting to find one on the road. You can call – 800 88088 – or download the Dubai Taxi Corporation smartphone app – ‘DTC’ – or the Careem app, which will give you the option to hail a taxi from ‘Hala’, a taxi service that is a joint venture between Careem and the RTA.

Why have RTA hours changed?

The UAE has announced a shift to a four-and-a-half-day working week, with Friday afternoon, Saturday and Sunday forming the new weekend for all federal ministries on December 7. Federal and private entities in the United Arab Emirates have followed the new weekend since January 1, 2022.