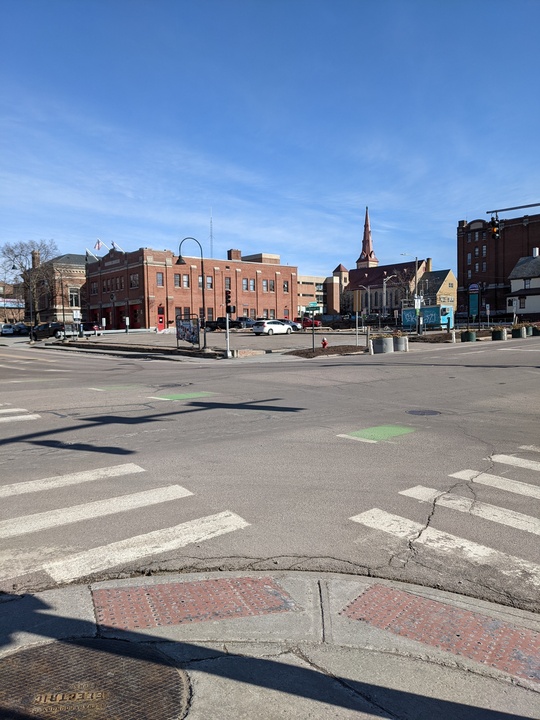 BURLINGTON — To fund a series of renovations along Main Street in the coming years, city officials are asking voters to back a $25.9 million bond — the fourth question on the ballot — during March 1 elections.

Their pitch? This would have no expected impact on the property tax rate – which is made possible through a complex tax mechanism called “Tax Increment Financing” or “TIF”. The system allows Burlington to pay for improvements using taxpayer money from new developments generated by the improvements instead of from existing properties.

The problem? To get enough money to repay the loan, the city needs to attract some development to its “TIF neighborhood” – the defined area where the facility can be used – over the next decade and a half. If not, voters may be required to return part of the deposit.

Given the TIF district’s success in an existing project, that outcome is unlikely, said Brian Pine, Burlington’s director of community and economic development.

That growth rate of about 6% per year far exceeds the 1% rate the district needs to repay bail, according to Pine, leaving the city with a large surplus of TIF tax revenue.

All this added tax value does not go to the city. Under Burlington’s TIF model, 25% of new tax revenue generated from development goes to the state education fund.

But where does this 60% growth come from? Much of it stems from new developments that have sprung up along St. Paul Street, where the city completed improvements in 2018. On this north-south thoroughfare to downtown, the city has expanded sidewalks, added stormwater retention areas and built more user-friendly crosswalks.

If the proposed bond passes Tuesday, city officials plan to embark on similar projects along Main Street from its intersection with South Union Street to its terminus at Battery Street. In keeping with the city’s “big streets” master plan, Main Street would benefit from widened bike lanes, more pedestrian seating, and parallel instead of diagonal parking.

The infrastructure works would also tackle a century-old relic that lies deep beneath the city center: the “sewer ravine”.

In the late 1800s, Burlington covered a natural ravine that separated the city’s downtown from what is now considered the Hill Section. Topped with redstone bricks, the ravine sewer then acted as a conduit into Lake Champlain near the bottom of Maple Street, according to The Burlington Free Press.

More than 150 years later, the structure is still there, between 20 and 25 feet underground, according to Public Works Department engineer Laura Wheelock. The sewer runs from a city-owned parking lot at the corner of Main Street and South Winooski Avenue to the dip of King Street.

For development to occur above this parking area — part of what officials call the “Gateway Block” — the city must first relocate or rebuild the sewer, Wheelock said.

With the streetscape repairs, some citizens wondered at public meetings if the improvements made near their building would lead to an increase in property taxes. But Wheelock said a building’s assessed value fluctuates more when changes are made to the interior, not its facade.

Did you miss the latest scoop? Sign up here to receive a weekly email with all of VTDigger’s political stories. And in case you can’t get enough of the Statehouse, sign up for the final read for a preview of the day’s news in the Legislative Assembly.