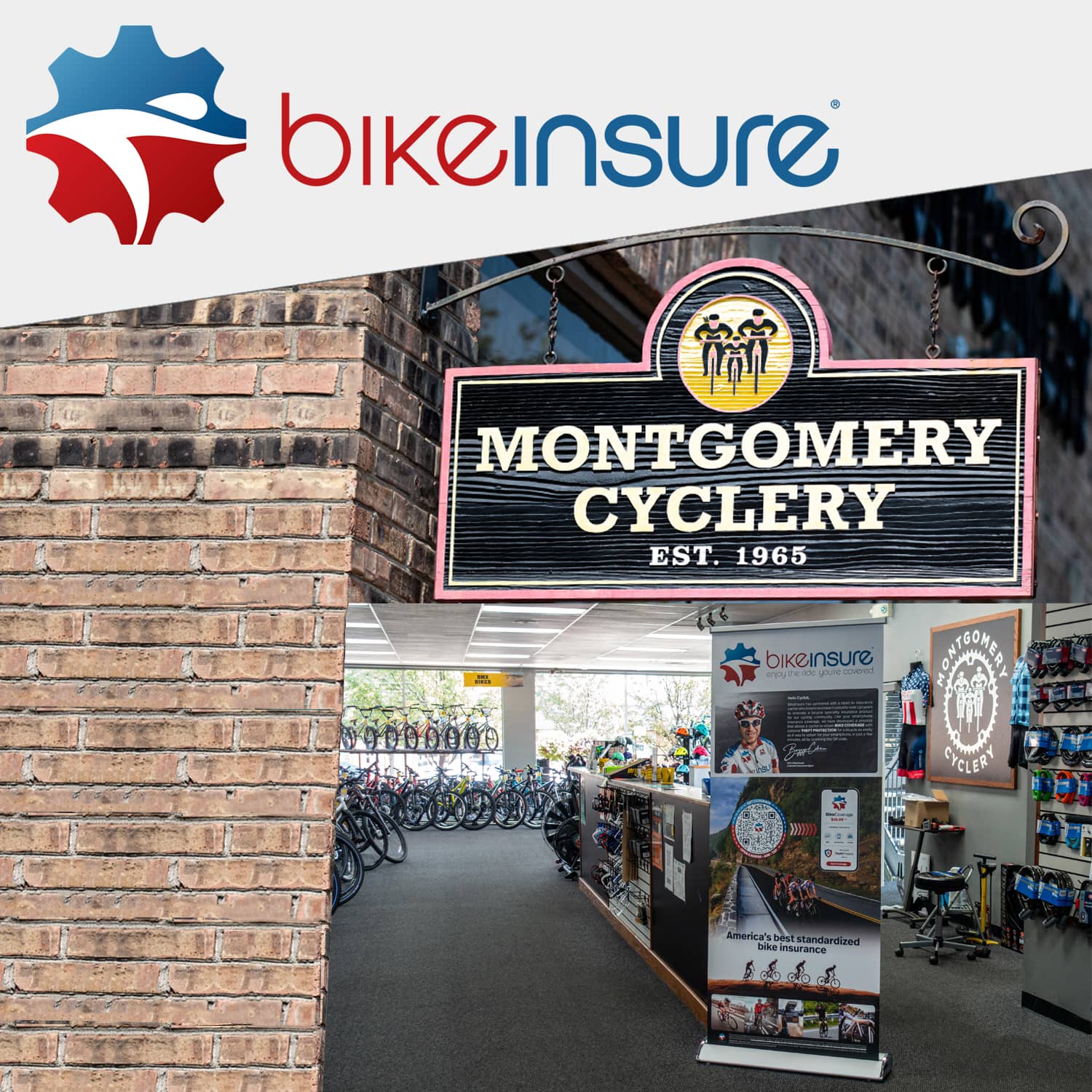 Montgomery Cyclery will be informative advocates calling out the “need” for bike owners at their bike shops to have bike insurance.

Oct. 11, 2022 / ENDURANCE SPORTSWIRE / — BikeInsure, an insurtech company specializing in bicycle insurance for cyclists in the United States, is thrilled to announce that it has expanded its partnerships with Montgomery Cyclery, family owned and operated since 1965. As a result, bicycle and e-bike owners in the Cincinnati metro area will have access to standardized bicycle insurance. Montgomery Cyclery promotes fun and healthy lifestyle choices for people who love to ride. Now bike shop customers can quickly get bike insurance for their bike or eBike with optional theft protection, because it only takes a few minutes to get their smartphone.

Today’s cyclists need a standalone insurance policy to protect their bikes. BikeInsure reimburses repairs to your bike and listed accessories due to accidents while riding. Coverage continues while the bike is in transit and extends to a stolen bike when the optional Theft Protection is selected.

“It’s a common fact that people who own a car are ‘required’ to have car insurance. Unfortunately, since there is no requirement for bike insurance, cyclists often have the false assumption that their bike is covered. said Buzzy Cohn, CEO of BikeInsure. “Montgomery Cyclery will be informative advocates calling out the ‘need’ for bike owners at their bike shops to have bike insurance. Customers will be taken directly to BikeInsure for registration, which takes about two minutes.

“Montgomery Cyclery has been taking care of our customers and their bikes since 1965,” said Montgomery Cyclery President Eric Mueller. “As a result, I am constantly on the lookout for new products to improve our customer service. So when Buzzy told me about BikeInsure, I couldn’t believe it. BikeInsure can cover your bike not only after an accident for less than my cell phone insurance, but also if your bike is stolen with their optional theft protection. This is the best new product I’ve seen in years.

BikeInsure leverages e-commerce technology to transform the way cyclists in the United States purchase and experience bike insurance to make it simple and affordable. Licensed Insurance Producer BikeInsure administers the insurance plan, underwritten by carrier Great American Insurance Company, rated “A+” (superior) by AM Best, an insurer licensed in all 50 states and Washington, DC. For 150 years, Americans have trusted Great American Insurance Company to protect them and provide best-in-class service.

Montgomery Cyclery has been family-owned and operated since 1965. The Mueller family purchased it in 1995. Today, Montgomery Cyclery is a six-location group that offers the largest selection of bicycle brands in the Cincinnati metro area. . Helping customers find the right bike and ensuring it fits them properly remains our core service element. Readers of City Beat Magazine have voted Montgomery Cyclery “Best Bike Shop in Cincinnati” 17 years in a row.

Emily reveals ‘Transforming Body’ in before and after photos