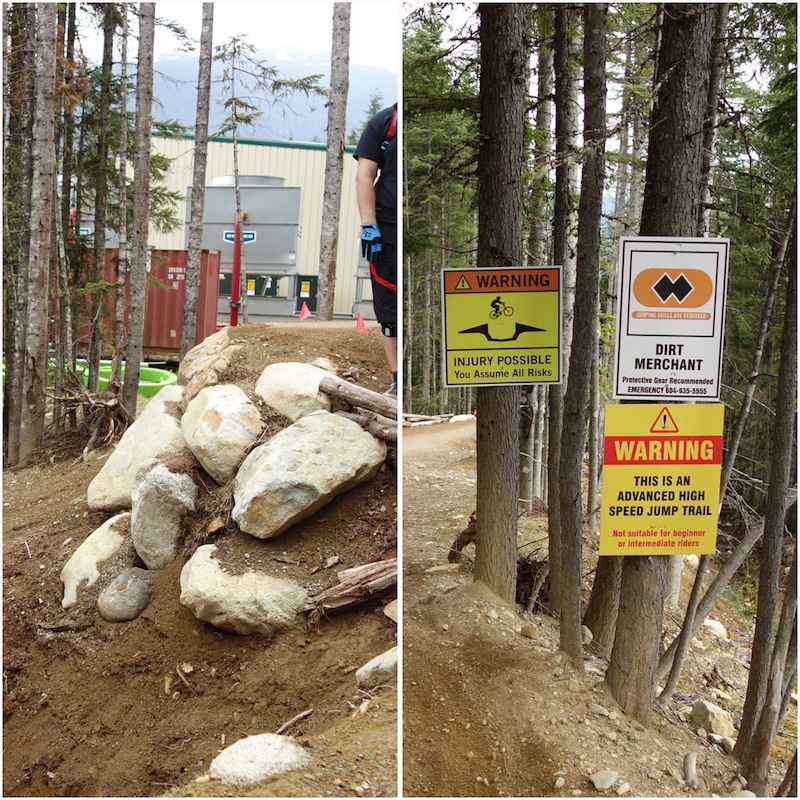 Beware of the squirrels: what is a filter function on mountain bike trails?

The first time I rode to a drop in a bike park, I paused and stared at the gaping, zigzagging wooden feature. I knew I could hold the landing, but I paused and thought about the consequences. My buddy too. “Are you going to try?” He asked. I wanted to ride the trail, but now I wasn’t so sure.

Most of us have seen a characteristic track filter, known in some areas as a squirrel trap, and often found in bike parks. Hell, maybe you’ve even been caught in one. It happens to the best of us. More properly known as the filter feature, these are the large, intimidating rock gardens and drops or gaps that lie at the front of a trail, like a stocky bouncer guarding the door of a nightclub. , or a “You have to be this tall to ride”. ‘ sign displayed in front of a swirling roller coaster.

Although they may seem like a signal of exclusivity, they are meant to protect riders not yet ready for the track from injury and land managers from liability. If you’re like me, taken with curiosity when you open a trail map at a new bike park and want to see all there is to offer, these are meant to keep you from ending up like the cat .

“It has become part of the norm of what everyone should do to protect themselves,” Aaron Rogers, president and owner of Rock Solid Trail Contract said. Rogers worked for IMBA’s Trail Solutions for several years and now runs Rock Solid, the largest trail building company in the world.

There are two levels of protection, says Rogers: the sign and the characteristic itself. Through the sign, “You can tell people blah, blah, blah. This is a tough trail, black diamond, ride at your own risk, you may encounter unavoidable obstacles,” he says. “But we know that people don’t really read the signs all the time.So the next layer of protection is the filtering feature.

The most common are drops, “Just because you can make a drop look pretty intimidating, although they’re pretty safe for the most part,” says Rogers. Rock gardens are also typical, but the feature should set the tone for the trail. Generally, the following features and challenges on the trail are just as difficult or slightly less difficult.

Scott Chapin, risk and insurance specialist at Marsh & McLennanan Agency (MMA) who does insurance for mountain bike organizations, said the features worked on him. “I personally went on a few trails that had a filter feature and decided I didn’t want to risk injury and turning around,” he told us via email.

Chapin added that warning signs can reduce the degree of responsibility. In one blog on the MMA website of risk on mountain bike trails, he wrote, “A lot of the claims we see relate directly to the technical characteristics of the trails. Often an aggrieved party will claim that they were not properly warned of “dangerous” trail features, such as a berm, rocks, or drops. We have seen claims paid in this exact scenario.

Signaling and filtering features are recommended as a means of potentially reducing liability. For an in-depth look at a case at the Whistler Bike Park, read Lee Lau’s article on how signage was part of the argument to absolve Whistler of liability for a serious back injury to a cyclist.

IMBA Canada throws in some unique words when describing filter functionality. “A track filter, sometimes called a gateway or qualifier, is a high-level, low-consequence obstacle that demonstrates the difficulty of the upcoming track or track feature.”

As a runner, I like the term qualifier. When I started to hit advanced and more technical trails I felt like I was ready for some of them and the feature filter often served as a final test and confidence booster before fully exploring. the trail. That is, if you can nail it.

What are your favorite trails and filter features you’ve walked or rejected?