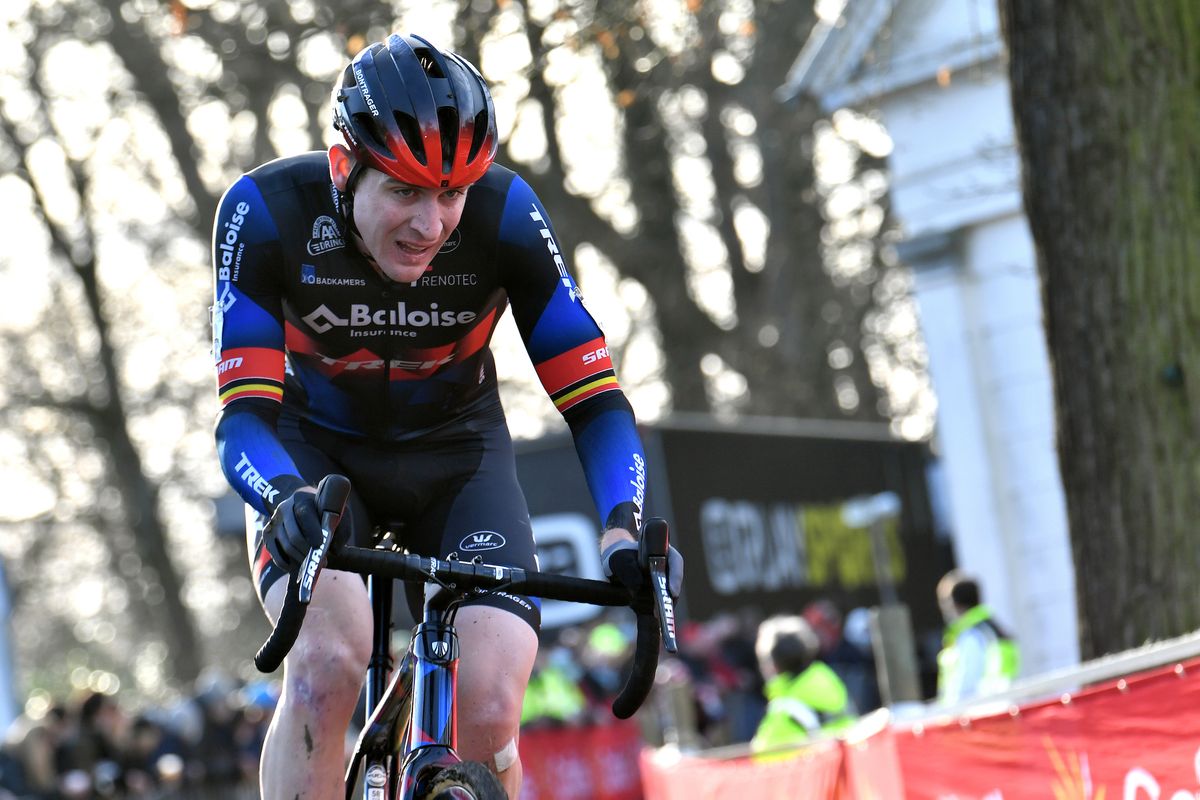 Belgian cyclo-cross rookie Toon Aerts has said he would do “everything” to prove his innocence after an out-of-competition doping control sample from January 19 was found to contain a banned substance.

According to the Belgian newspaper Sporza, the breast cancer drug letrozole appeared in its “A” sample submitted 10 days before the world championships. If his “B” sample is also positive, he will lose his sixth-place finish at Worlds, along with a few other cyclocross results.

In a statement released on Tuesday evening, Baloise-Trek Lions rider Aerts said: “I will do everything I can to prove my innocence and clear my name.”

The Belgian has twice won the Cyclocross World Cup and finished third at Worlds three times.

Letrozole is an aromatase inhibitor that is primarily used to block estrogen and slow the progression of breast cancer. The NHS says it “can also help prevent breast cancer from coming back”. However, it is also used by people taking anabolic steroids who wish to block the feminizing effects of estrogen, and is therefore on the WADA Prohibited List.

“Yesterday my world was turned upside down,” Aerts said. “I have received a letter from the UCI which no athlete wishes to receive in their career. I have been informed that an abnormal result has been found in my urine sample, which was taken during a out-of-competition control at my home on January 19.

“I currently don’t know how this could have happened. The product ‘Letrozole Metabolite’ was found in my urine sample. A product that I had never heard of until yesterday and I don’t know how it entered my body.”

The statement continued: “Anyone who knows me a bit knows that I have been against all forms of doping my entire career and have always done everything I could to lead by example as an athlete.

“I will therefore do everything possible to prove my innocence and clear my name. Pending analysis of the B sample and further investigations, I will not comment. I urge everyone to respect this and to give myself and my family the time and opportunity to get more clarity first.”

His team said he would be dismissed until more is known about the situation, which effectively means ending his season.

“We have given Toon a warm heart for years and hope for soon and better news with him,” the statement read. “As a precaution and in consultation with Toon, it has been decided that he will no longer be acting and will be inactive until further information is known,” the team wrote.

“At the Baloise Trek Lions, we have a strict zero tolerance to doping for all our riders. As a team, we owe this to ourselves, the other team riders and cycling fans.”

Around the districts: Slane and Stamullen