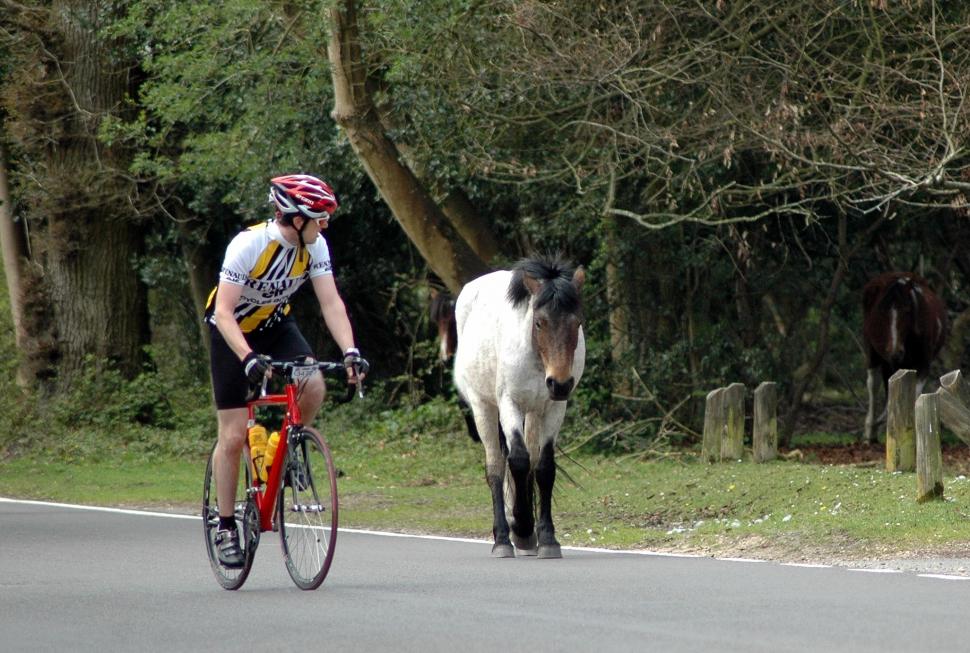 Cycling campaign groups and local clubs claimed the court of the Verderers – an elected group of New Forest watchmen – singled out cyclists and acted like supporters of South Africa’s apartheid regime after the court renewed its appeal to cyclists who deviate from the approved national park trails.

The Verderers, a body dating from the 13th century which performs functions similar to those of a magistrate’s court in matters relating to the New Forest, say the issue of off-road cyclists has become a “widespread problem”, and have claimed that cyclists disturb nature, erode paths and injure nocturnal animals with their lights.

Speaking at a recent court session, the official Verderer, Lord Manners, claimed there had been more than 700 cases of off-track cycling over the summer, the Telegraph reports.

Manners remarked to the group that he was not ‘anti-cycling’ but nevertheless called on Forestry England, which manage almost half of the New Forest, to take legal action against cyclists straying from the authorized routes.

Manners’ call for legal action echoes the Verderers’ warning in January 2021 that more than 100 miles of the National Park’s off-road cycle paths could be removed unless Forestry England ‘gets tough’ on this. who the court called “out of control” cyclists.

Despite Forestry England’s request for an additional three years’ access to the marked trail network (including bridleways, gravel tracks and fire roads), the Verderers court only granted an extension of 12 months and warned the group that no further extensions will be granted unless they take action to prevent cyclists from straying from marked trails – or, as one court member put it, ” hardcore biker gangs determined to ride wherever they please”.

At the recent meeting, Lord Manners renewed the organization’s demand for a crackdown on trespassing cyclists.

“The Verderers have for many years expressed concern to Forestry England about the ever-increasing number of cyclists who regularly encroach on approved cycle paths,” he said.

“The headlights now throw a beam several meters ahead that can be seen from afar. These further facilitate night cycling, apparently regardless of the impact on nocturnal animals.

Arguing that cyclists who break the rules should be treated by the police in the same way as dog owners who harass livestock, Manners continued: “The concern is not with the cyclist who gets lost or the family who inadvertently wanders off the grid. The problem is those who constantly flout the rules.

However, local cyclists have pointed out that there is no evidence that cyclists harm nature more than any other group of visitors to the New Forest, and say the Verderers are simply showing ‘antagonism’ and “prejudice” towards cyclists.

“Cyclists are often treated very badly,” says David Orme, president of the Christchurch Bicycle Club. “In the forest, there is one rule for riders and a completely different rule for cyclists. All prejudices against cyclists do not take into account the real evidence. It’s a built-in bias.

“They should focus on cars, litter, air dumps and speeding instead of going after cyclists. Cars do all the killing. I don’t know of any cyclist killing animals.

Responding to demands for legal action against the cyclists, Orme told the Telegraph: “There is no need for this antagonism. When the Verderers say they are not anti-cycling, it makes me think of apartheid advocates who say they are not racist.

“There’s no evidence that cycling impacts wildlife more than other visitors. It’s just a huge disparity. Only five percent of visitors are cyclists,” says Gordon.

“If there are areas of the forest that need to be kept quiet and protected then that’s fine, but don’t have a double ban for cyclists, limit it to walkers and everyone else too. It seems more reasonable.

A Forestry England spokesperson said: “We recognize that there are some concerns about cyclists straying beyond the cycle network and the potential impact on sensitive areas of the forest. We are working closely with New Forest groups as well as those representing cyclists to seek other ways to address this issue.

> ‘Someone could be killed’: Road users blame speeding cyclists for New Forest danger

The Verderers’ criticism of cyclists in the New Forest is not the first time this year that cyclists have come into conflict with rangers and other park users.

In January, the New Forest Association (NFA) claimed the national park had been affected by “harmful and illegal activities” and accused off-road cyclists of anti-social behavior and habitat disturbance.

The NFA, the world’s second oldest conservation organization (founded in 1867) and charged with “protecting, conserving and enhancing the flora, fauna and heritage of the New Forest”, said it had collected evidence of antisocial behavior during ‘stay season’ and highlighted problems with off-road cycling, dog droppings and livestock feeding.

In July, walkers and riders also complained of being put at risk by cyclists hurtling down steep gravel tracks at speed at a popular New Forest beauty spot. One walker even suggested that “someone could be killed” if cyclists continue down the slope rather than dismounting to walk as the signs call for.