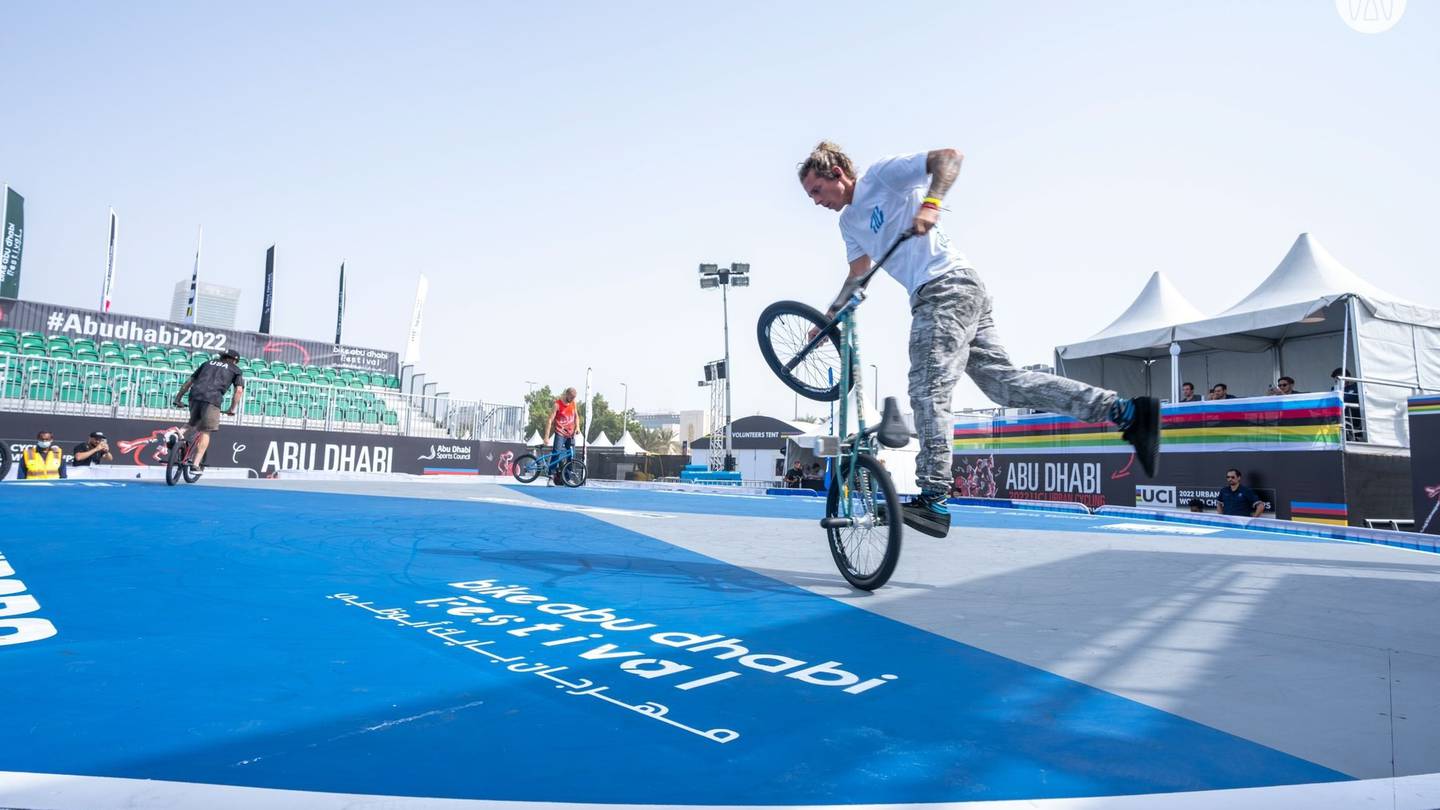 The inaugural Bike Abu Dhabi Festival is taking place in the capital this weekend as the emirate pursues its ambition to become a leading global center for cycling.

As part of the festival, the emirate is also hosting the fifth UCI Urban Cycling World Championships, taking place in the region for the first time, until Sunday, and the first-ever Bike Abu Dhabi Gran Fondo, which will take place Saturday. .

The one-day, 150-kilometre Gran Fondo race is open to clubs and amateurs in the United Arab Emirates, starting in Abu Dhabi and ending in Al Ain.

A prize pool of 2 million dirhams for the amateur event has been set and will be divided equally between men and women.

In BMX Freestyle, competition categories will include Elite Women and Elite Men, with riders aged 15 and over. In the trials, there will be a national team competition as well as rainbow jerseys for the winners of the individual categories.

The organization of the Bike Abu Dhabi Festival comes a year after Abu Dhabi was awarded the prestigious “Bike City” label by the Union Cycliste Internationale (UCI), the world governing body for sports cycling.

Commenting on the launch of the festival, Aref Al Awani, Secretary General of the Abu Dhabi Sports Council, said: “We are extremely proud to host the UCI Urban Cycling World Championships in 2022. Having been awarded the prestigious UCI Bike City label in 2021, we are now enhancing our portfolio of world-class cycling events and entertainment offerings in the region and we look forward to showcasing, to the world, what Abu Dhabi and the United Arab Emirates have to offer, to amateur and professional cyclists alike.

The city was the first in Asia to receive the accolade in November 2021. Others with the status include Bergen, Copenhagen, Glasgow and Paris.

In addition to competitive events, the Bike Abu Dhabi Festival will host several community cycling events and activities for all ages and abilities.

Create cycling infrastructure in the city

The loop will be a separate bike path connecting major destinations in the city and the 12,000 square meter velodrome will offer track racing.

In total, the emirate plans to expand its current cycle network from 300 km to more than 1,000 km.

The emirate has long been a hub for world-class cycling events and community cycling, with 28 km of cycle paths on Hudayriyat Island and a total of 40 km in Al Wathba.

Both sites serve as cycling hubs for groups, solo cyclists and families. The Formula 1 track at Yas Marina Circuit on Yas Island also opens twice a week for cyclists of all skill levels to practice for free.