5 Ways Rotarians Celebrate World Polio Day in 2021 and Beyond

The end of polio is within reach.

While wild polio dominated in 125 countries in 1988, today, in 2021, only Afghanistan and Pakistan remain, with the world firmly on track to eradicate this debilitating and sometimes deadly disease that once affected 350,000 children. per year.

To finally see the end of polio, every child must be able to receive the vaccine that saves lives. To achieve this, a global collective effort between world leaders, civil society organizations, health workers and activists must be a priority, especially in humanitarian crises and areas of high vaccine hesitancy.

In October, in honor of World Polio Day on October 24, Rotary clubs around the world will take advantage of unique fundraisers and events to raise awareness and raise funds for the End Polio program. The organization has pledged to raise $ 50 million per year directly for eradication efforts.

1. Reward Jimin from BTS for his generous donation

Rotary International President Shekhar Mehta recently sent a thank-you letter to Jimin from hit K-pop group BTS. In July, the star donated 100 million won, or approximately AU $ 114,000, to the Rotary International Polio Eradication Fund. It is clear that Jimin has a passion for activism and advocacy; he and BTS recently performed as part of Global Citizen’s Global Citizen Live concert to defend the planet and end poverty.

The donation was made to Rotary International District 3590, based in Gyeongnam Province, South Korea, and placed under Jimin’s father’s name. According to the Korea Herald, the real face behind the donation was only discovered in Jimin after a fan sleuth.

Rotary’s long-running Walk With Us campaign continues this year, with Rotarians and their friends encouraged to register for a ‘Walk for Polio’ or donate to someone walking as part of the event. October annual fundraiser. The Bill & Melinda Gates Foundation will match all donations made through Rotary at a 2-to-1 rate for a total commitment of $ 150 million per year. (Disclosure: The Gates Foundation is a financial partner of Global Citizen.)

All money raised will go directly to vital eradication efforts, including the provision of laboratory supplies and funding for medical staff.

3. A Rotarian flies away

Ken Hutt embarks on an incredible and dangerous mission to help raise funds for @Rotary eradicate #Polio around the world. pic.twitter.com/yvB4m9k2uD

Ken Hutt, a member of the Rotary Club of Berry in New South Wales, plans to jump off Mount Everest with his paraglider next year to raise vital funds for the Polio Eradication Fund. The experienced paraglider has tackled the mountain before, raising $ 60,000 for polio eradication in 2018 after leading an expedition. Hutt’s fundraising was then, of course, matched by the Bill and Melinda Gates Foundation, meaning its total peaked at $ 180,000.

“Not everyone can paraglide to the top of Mount Everest, but everyone has something to offer. So you have to look for inventive ways to use your skills, ”Hutt told Global Citizen, when asked how he would inspire others to take action for causes they are passionate about. “For me, there is no better cause than to get rid of polio. “

4. All aboard Auckland Transport

A health worker administering polio drops to a child during a nationwide door-to-door campaign at UC Jalala in Texila, Pakistan. Image: Gavi, the Vaccine Alliance

Rotary International Districts 9920 and 9910, both based in Auckland, New Zealand, continue their collaborative efforts by hosting Polio All Transit (PAT) on Auckland’s transportation network. PAT will see people don the classic red End Polio clothes and take the Auckland ferries and trains in teams, meeting with local Rotary clubs at each station or terminal, allowing for photo opportunities, outreach and donation.

The event has just been postponed to early next year due to COVID-19 restrictions. 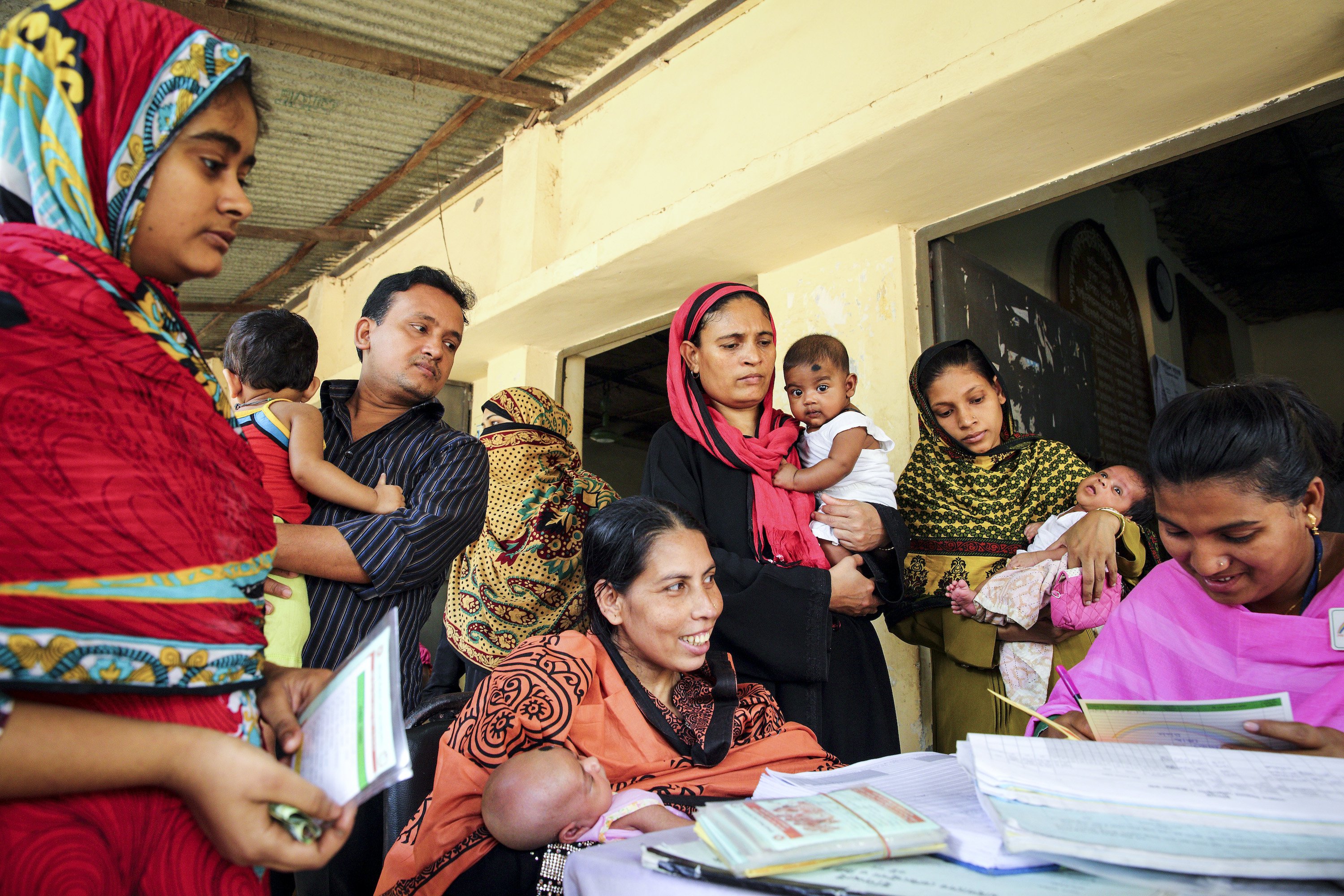 Like the Rotary Walk With Us campaign, the Pedal for Polio movement sees Rotary districts around the world raising money for polio eradication by cycling and fundraising. The Rotary Clubs of Western New York State and Southern Ontario hosted two World Polio Day bike tours, which began on either side of the Niagara River. Meanwhile, the Rotary Club of Alloa will host the Tour De Clacka, a 22 kilometer race around Alloa, Scotland.